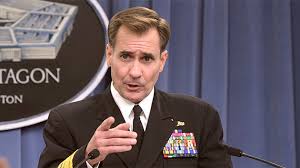 Assistant of Saudi Arabian Defence Minister Ahmed Asseri said the defence ministers of the US-led coalition discussed the means by which they could carry out a ground intervention in Syria two weeks ago but have not yet come to a decision, Reuters reported.

“It was discussed at the political level but not as a military mission,” Asseri said. “Once this is organised and decided how many troops, how they will go, and where they will go, then we will participate. We need to discuss this very extensively at the military level with military experts to consolidate our plan.”

Saudi forces can still strike against the “Islamic State” (IS) from the Turkish base of Incirlik, to which four Saudi Air jets arrived last week. Launching a ground operation will be an escalation against IS since the US-led coalition have only carried out air strikes against the terror group so far. Saudi Arabia said it will participate in such act only if it was led by US troops.

Saudi Arabia talked about “the potential of an introduction of some sort of ground force element in Syria” and that the US would welcome such a participation in fighting IS, said US state department spokesman John Kirby at a news briefing in Washington.

Saudi Foreign Minister Adel Al-Jubair earlier stated if the Syrian regime would not commit to the ceasefire, then a “plan B will be implemented”. The Syrian government said declarations of that sort are intended to ruin the ceasefire.

US secretary of state John Kerry said earlier that the US is studying alternatives if the current process does not pan out as hoped. “It may be too late to keep Syria whole, if we wait much longer,” he said.

Syrian president Bashar Al-Assad told German TV ARD that the current ceasefire is a glimmer of hope. He stated the government will commit to it.

UN willing to start peace talks on Syria by 14 March