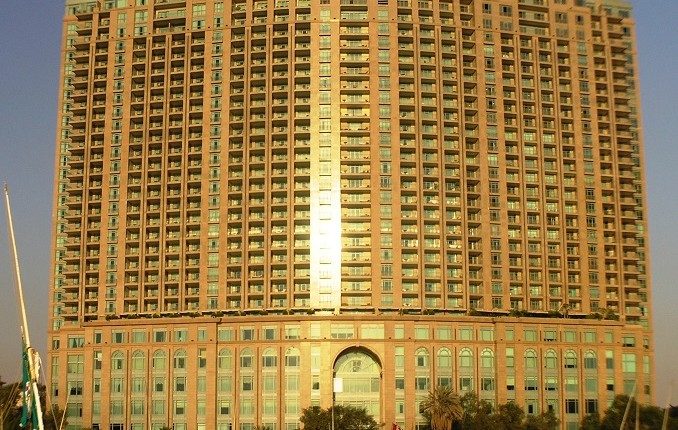 The tourism and hospitality sector in Greater Cairo showed flexibility in 2015, leading to improvements in the flow rates of foreign visitors and rates of hotel performances, a report issued by Colliers International stated.

The report added that announcing the launch of a set of large plans related to tourism and hospitality in 2016 will enhance the hotel sector’s capacity for growth in Greater Cairo, where the demand on the market in the East and West of Greater Cairo has seen a marked shift in recent years.

The total occupancy capacity in the hotel sector of Greater Cairo is 30,000 rooms, according to the Egyptian Chamber of Hotels. The report attributed the flexibility in the market’s performance of Greater Cairo hotels to the switch to new civilian resorts built in those areas where entertainment and meeting facilities are widely available.

Hotel apartments in Cairo also recorded occupancy rates of over 75% in 2015 due to the economic growth in the city. Colliers said there are additional opportunities available in the sector of medium-sized hotels and hotel apartments to fill the shortage in this category.

“The shortage is an opportunity to penetrate this market through the establishment of hotel apartments as well as brand-name three- and four-star hotels targeting local and regional visitors,” said the report.

Despite the absence of political stability in Egypt, investors in the sectors of tourism and hospitality in Cairo displayed confidence in the city. It stems from their awareness of the great tourism resources of the city, where these resources are considered the cornerstone of the Egyptian economy.

In 2015, there was a change in the basic rules of the market with the emergence of new trends towards mega projects launched by the state, including the New Administrative Capital in the East of Cairo.

In the past, local old-fashioned hotels were prevalent and they dominated the market in the sector of budget hotels. However, they were only able to offer inexpensive accommodation due to their lack of quality standards.

Before the occurrence of instability over the past five years, the entertainment sector in Cairo bore the lion’s share of tourists coming from the western countries.  Currently, international syndicated hotels in Cairo are divided among two categories: high-end hotels and large hotels.

However, after 2011, there was a shift in markets exporting tourism to Cairo, where tourists from Gulf countries came to represent the largest demand for the city’s hotels.

The report stated that the continued developments of hotel projects in the high-end sector were expected to improve the quality of hotel services.

However, due to the expected increase in the numbers of Gulf families and locals guests looking for low prices, the demand will shift towards three- and four-star hotels, as well as hotel apartments, according to the report.

“The Gulf will continue to play its role as a market for hotels in Cairo with the increase in the flow of arrivals from India, whereas local residents prefer to spend their holidays in resorts of New Cairo and 6 October City,” the report read.

One of the most important projects, according to the report, is the Nile Corniche project overseen by the Qatari company Diar. It is a multiple-use project on an area of ​​197,000 square meters on the east bank of the Nile Corniche. The project includes luxury hotels— including three hotel towers—the St. Regis hotel, 515 apartments units, office spaces, outlets that sell foods and drinks, and a centre for retail stores.

Another major project in Cairo is the Cairo Gate project currently underway in Sheikh Zayed City. It is implemented by the Emirati Majid Al-Futtaim Group and is one of the real estate projects based on an urban lifestyle, providing multiple facilities for entertainment and shopping.

It is expected to launch a complex of office spaces and hotel projects that offer food and beverage amenities, educational institutions, medical facilities, housing, and real estate.

“Uptown Cairo project in Mokattam is implemented by Emaar Misr, a developer company. It is expected to open a hotel with a capacity of 500 rooms,” the report said. It continued to say that the master plan includes the construction of a large housing infrastructure that includes golf courses, as well as one of the largest trading centres in the city.

The Mall of Egypt project, which is classified under the category of mega shopping malls, will include famous brand’s shops, an ice rink, and a cinema that will contain 17 theatres in addition to food and beverage outlets.

The report said that New Maadi received the highest result in the customer satisfaction index, which shows the high-quality of the hotels in those two areas, especially in New Cairo, where there is a high concentration of luxury hotels.

On the other hand, three- and four-star hotels received lower results in the Customer Satisfaction Index.

Guests that stated the highest satisfaction were travellers on business trip, with 79.3% of this demographic reporting that their accommodations met their needs.

The Ministry of Tourism has become dependent on increasing the tourist flow from Gulf countries, especially from the UAE and Saudi Arabia. It plans to increase hotel occupancy in Cairo, according to board member of the Egyptian Federation of Chambers of Tourism (FEDCOC) Hussein Shoukry.

“During the past two years, there has been a growth in the tourist flow from the Kingdom of Jordan and the east and west of Cairo have seen the largest growth in occupancy during the last year,” Shoukry said.