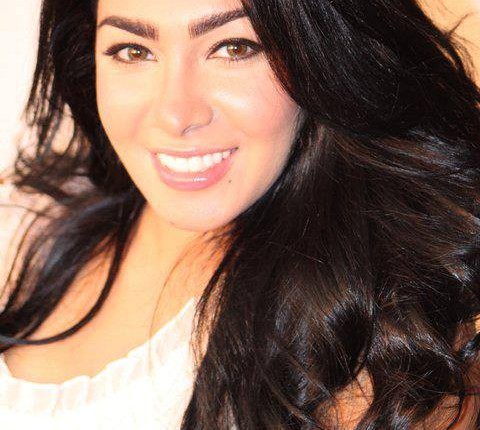 Egyptian actress Marihan Hussien was arrested after an altercation with two police officers near a police checkpoint Tuesday evening on her way home from filming a TV series.

Marihan refused to stop at the checkpoint and passed straight through it, which caused her to crash into the plastic barriers and injured one of the police officers, said the Ministry of Interior in a statement.

The statement said the police officers found two wine bottles in her car after they stopped and inspected her car; they allegedly claimed that Hussien was drunk during the incident.

Pictures were published on social media showing Hussien’s injures near her mouth and arms. Social media users condemned the case and some of them said “no charges could justify attacking citizens with such brutality”. Many pointed out that the number of police violations in cases such as this have increased dramatically.

However in a televised phone call, head of Actors Syndicate Ashraf Zaky said he went to the police station where Hussien was arrested and met with some official who brought out the actress and the two police officers for more details about the situation.

Zaky said he noticed Hussien’s hair and clothes were wet because the police officers had dropped a bucket of urine on her head. He said Hussien denied the accusations that she was drunk. She said the police officers thought she intended not to stop for them, but in fact, she lost control of her car at that moment.

She told Zaky that one of the police officers had told her, “if you are an actress, you are a prostitute”. Zaky considered this an insult as it stereotypes all Egyptian actresses as prostitutes.

The police arrested the actress’ assistant and seized her phone although she was not part of the altercation. The police further forcibly took a blood sample from Hussien to test if she consumed alcohol or not, and although the results were positive, she was not drunk.

Zaky said he saw the results of the blood test himself, which confirmed that the actress was sober during the altercation, and condemned the police for taking a sample from her without her permission.

Zaky sent complaints on behalf of Hussien about the assaults and treatment in police station to Minister of Interior’s office, his spokesman, and the General Prosecutor. He spoke about police brutality in this case and demanded the ministry take action against the police officers. “They could have punished her for her small mistake, lawfully even, but not by insulting and assaulting her,” he said.

Police brutality is on the rise against citizens, activists, and now public figures. In several press conferences the Ministry of Interior denied police violations and described them as “individual cases” and the ministry should not be blamed as a whole.