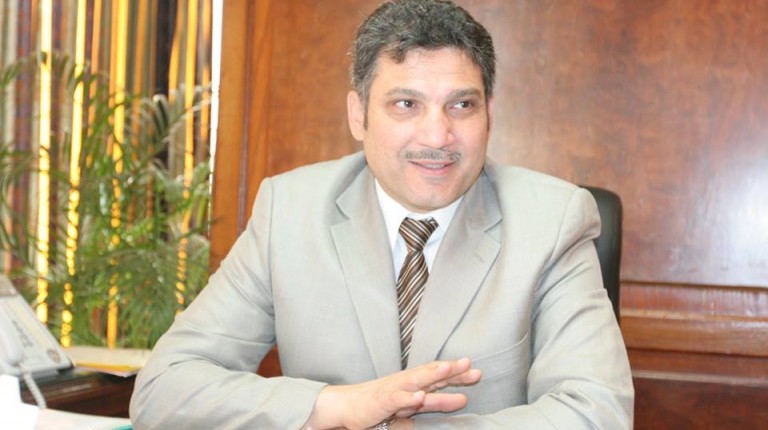 The Engineers Syndicate’s general assembly voted on Friday to refer Minister of Irrigation Hossam Al-Moghazy to internal investigations following several complaints from engineers in the ministry.

Head of the syndicate Tarek Al-Nabrawy stated that complaints against Al-Moghazy stem from the “intransigence” that engineers employed at the ministry have met with in dealing with the minister.

The head of the syndicate belongs to a movement initiated in 2003, entitled “Engineers Against the Protectorate” which opposes the judiciary decision to place the syndicate under state’s control as a protectorate, during Hosni Mubarak’s regime. The movement also rejects the role the minister of interior plays in the syndicate, in accordance with the syndicate law that was issued in 1974.

Prior to the 25 January Revolution, the Engineers Syndicate suffered the under strict protection ordered by Mubarak’s regime. Syndicate elections had been suspended for 15 years.

During the Mubarak era, engineers succeeded in obtaining a judicial verdict to end this protectorate, but the verdict was not enforced, even after the revolution.

Engineers have been involved in confrontations, whether through demonstrations or judicial disputes, to enforce this verdict until February, when the Administrative Court issued a verdict to end the state’s protection.

Under the law regulating syndicate work, the minister of irrigation has the power to call on the general assembly, and in some cases, override the syndicate board’s powers.

Al-Nabrawy, who assumed the office of the syndicate head in 2014, has openly opposed the role of the minister, considering it unconstitutional.

The constitution stipulates that “the state guarantees the independence of syndicates and unions”.

Last month, the Doctors Syndicate also referred the minister of health to an internal disciplinary committee over comments he made, that were deemed demeaning to doctors.

Engineers Syndicate leader to remain in detention for ‘inciting protests’