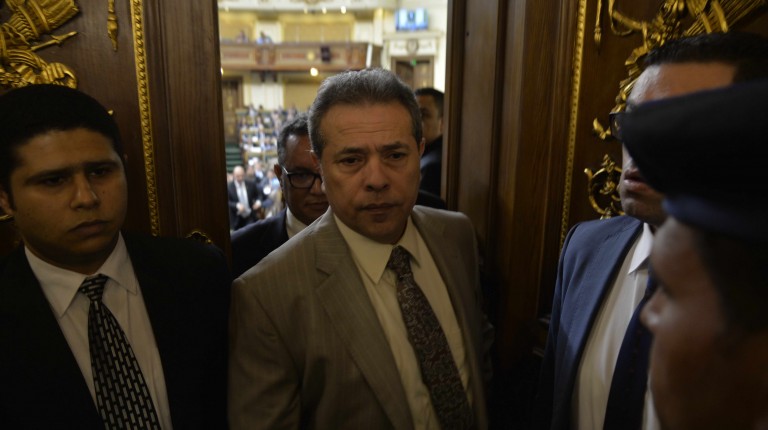 The Supreme Electoral Council has called for elections for a vacant parliament seat after Tawfik Okasha was expelled from the House of Representatives on Wednesday.

The voting will be held on 15 and 16 April outside Egypt and on 16 and 17 April inside Egypt in Okasha’s constituency of Talkha, Dakahliya.

The SEC will receive applications from potential candidates from 8 to 18 March according to the same regulations the governed the elections held in October 2015.

According to article 25 of the Parliament Law, any vacant seat in the House of Representatives must be filled within 60 days.

MPs voted to expel Okasha from Egypt’s legislative body on Wednesday. According to the Egyptian Constitution, at least two-thirds of MPs must vote in favour of dismissal to have a parliamentary member removed from official office.

On Wednesday’s vote, 465 MPs voted to expel Okasha from office. Local media report said he had attempted last-minute apologies but was prevented by security from entering the session during voting procedures.

Last week, Okasha surprised the public when he conducted a meeting with the Israeli Ambassador to Egypt, in which he made assurances regarding supplying water resources to Israel if Israel supported Egypt in the conflict over the Grand Ethiopian Renaissance Dam. Okasha’s unofficial meeting caused debate on the subject of normalised relations with Israel, a notion rejected by most in the Egyptian public despite a longstanding diplomatic treaty that guarantees normalised relations between Egypt and Israel.