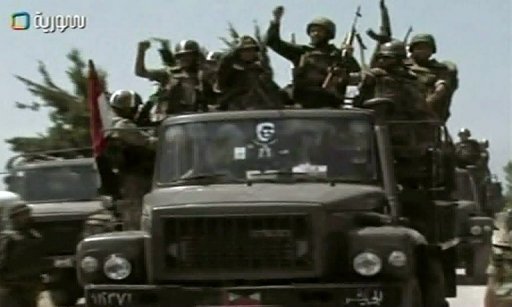 The Syrian opposition said Friday that the government is mobilising its troops on several fronts, questioning the feasibility of continuing peace talks that were set to be held this week.

As the regime continues to raid some locations near the city of Jisr al-Shughur, the opposition believes that resuming the negotiations will be impossible. The current ceasefire is the result of a US-Russian sponsored agreement, which also addressed the deteriorating humanitarian situation.

Until now, the opposition has not yet decided whether they will attend the second round of the peace talks in Geneva. The head of the Supreme Negotiations Committee Riyad Hijab said the current circumstances are “not suitable” for the talks.

Syrian president Bashar Al-Assad confirmed the army is committed to the agreement, which exclused the Al-Nusra Front and “Islamic State” (IS). US and Russian foreign ministers have spoken in favour of launching intra-Syrian talks as soon as possible, according to by the Russian foreign ministry.

“They discussed the implementation of the Russian-US initiative on a ceasefire in Syria, which excludes anti-terrorist efforts,” the statement read.

US secretary of state John Kerry and Russian foreign minister Sergey Lavrov agreed to “continue active efforts to promote all the aspects of the Syrian settlement via the International Syria Support Group co-chaired by Russia, the United States and the United Nations”.

UN envoy to Syria Staffan de Mistura said Thursday the ceasefire is still intact, but fragile. De Mistura previously attempted to launch peace talks a month ago, but they failed due to the Syrian regime’s continuing strikes on Aleppo.

He added that Syrians alone should decide the fate of Bashar Al-Assad.

Meanwhile, the UK and France said all sides must commit to the ceasefire and help deliver humanitarian aid into Syrian cities. “Without those two conditions, the negotiations will fail,” French foreign minister Jean-Marc Ayrault told journalists in Paris.

French president Francios Hollande said the idea of early presidential elections in Syria is “provocative” and “unrealistic”, following a phone call between Russian president Vladimir Putin and European leaders. Hollande further said it “would be proof that there is no negotiation and no discussion taking place”.

The Kremlin however declared that early elections in April would not be an obstacle for the peace process.

US-Russian truce in Syria may be extended as clashes continue, civilians wait for aid

UN willing to start peace talks on Syria by 14 March