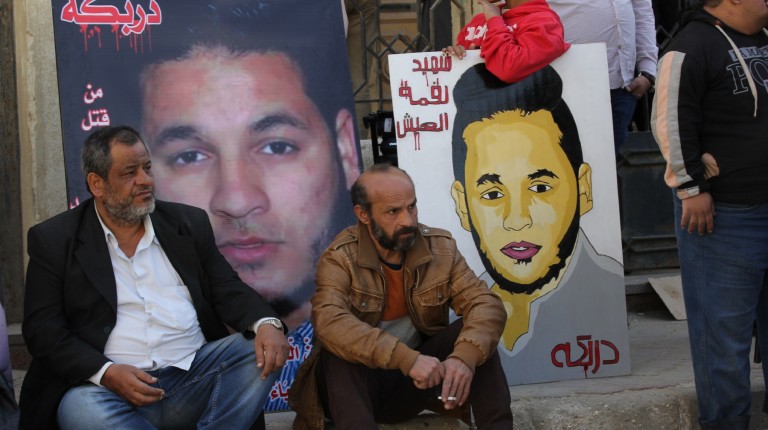 A Cairo Criminal Court postponed Saturday the trial of a low-ranking police officer, who is charged with killing a driver in Al-Darb Al-Ahmar district in Cairo, to 9 March.

Amid heavy attendance from the family of the deceased driver, who were chanting for “retribution”, the court said it will hear the eyewitnesses’ testimonies next session.

The General Prosecution previously referred the police officer to court, on charges of murder with intent to use his official weapon.

The police officer accused of killing the driver was detained the day after the incident, and the prosecution issued a four-day detention order.

In response to the incident, President Abdel Fattah Al-Sisi met with Minister of Interior Magdy Abdel Ghaffar to discuss the case, according to a statement from presidential spokesperson Alaa Youssef.

Court to issue verdict on policeman on 5 March