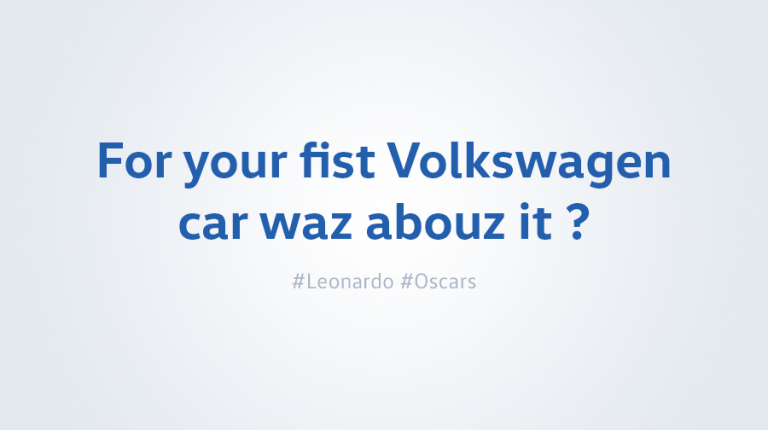 Unlike the usual post-Oscars talk, which typically focuses on the best dressed or the funniest celebrity quote, this year the buzz following the Oscar’s was all about the Egyptian journalist who questioned first-time Oscar winner Leonardo DiCaprio at a press conference following the ceremony.

The journalist, who introduced herself as the first Egyptian journalist to cover the Academy Awards, asked DiCaprio, “What about the first Oscar for you?”

“I’m sorry, what was your question?” DiCaprio responded, confused. “What about it?” she asked again. “For your Oscar,” which, unfortunately, was no clearer the second time around.

“Yeah, it feels amazing,” DiCaprio answered before the room filled with loud laughter. However, this did not put her off from asking the strangely-phrased question yet again: “It’s a first, what about that?”

“Yeah, it is the first,” the actor said, giggling, “Like I said, I’m just incredibly grateful. Thank you.”

The video went viral on social media, causing a controversy between users who accused her of representing Egypt poorly due to the unprepared question that had no meaning, and others who supported her attempt to ask such a star as DiCaprio a question, overcoming her poor English and showing courage.

Nevertheless, what no one expected is that that question would spark an advertising campaign by Volkswagen, the car manufacturing company. On their Arabic Facebook page, the company posed a question to their followers: “For your first Volkswagen car, what about it?” with the hashtags  #Leonardo and #Oscars.

In no time at all, the Volkswagen question had spread across social media reaching more than 7,000 likes and 12,000 shares on Facebook alone.

The overall response to Volkswagen poking fun at the journalist was positive: “I love your marketing strategies, good job!” commented Majd Sweiti. Other comments included: “Volkswagen is the first auto fan page to cover our journalist’s scandal,” and “you guys are smart, this is brilliant!”

However, some social media users expressed their concerns about the ethics of building a social media campaign on a mistake by a young journalist at a prestigious event like the Oscars.

One such post: “Dislike! I was planning to purchase a Volkswagen car but after watching such silly stuff, I changed my mind and I will share that with my friends on social media. If you work in marketing or sales, it would be better for you to change your career and work in another field … Something like a silly talk show.”

Aya Shoib was another user who expressed her outrage about the company making fun of the mistakes of others, saying, “How ill-mannered you are! I can’t believe that such a famous company like you advertises the mistake of a young journalist; she is only human and has the right to make mistakes!”