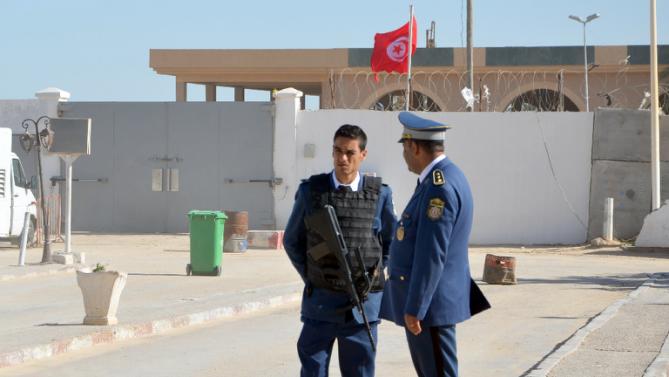 Tunisia decided to close its borders with its neighbour Libya following clashes between the Tunisian army and militants in the city of Ben Guerdan.

Forty-five people were killed including 28 Islamist militants, 10 security personnel, and seven civilians, the Tunisian Ministry of Interior said in a statement. Tunisian authorities urged people to stay indoors during the clashes.

Despite Tunisia having completed construction of a barrier, comprised of sand banks and water trenches, along its border with Libya, chaos and the spread of terrorism is still prolific.

UK military experts are helping the Tunisian army to protect its borders, while German and US experts are supposed to train more Tunisian troops about border security.

Islamist extremist groups trained in Libya carried out several terrorist operations in Tunisia in 2015, including attacks on Bardo museum in the capital and a resort in Souse.

50 militants attacked Ben Guerdan to declare it as IS province: Tunisian PM

Air strikes on IS continue in Libya

US targets IS camp in Libya, killing 43