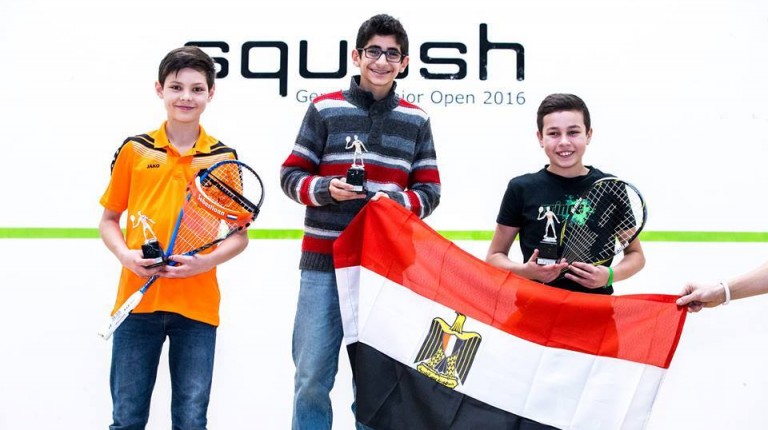 The 2016 German Junior Squash Open, which started on 4 March in Hamburg, Germany concluded its events on 6 March.

Shams won the gold medal after winning against Hofman in the final match with the result of 3-0.