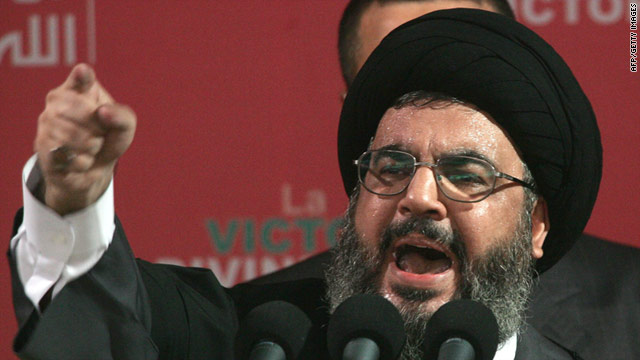 The US welcomed the GCC’s decision to designate the Lebanese group, Hezbollah, as a “terror group”.

US Department of State spokesperson Mark Toner said the US will continue its consultation with Gulf countries to discuss imposing sanctions and other measures to face Hezbollah’s “terror acts” in the region.

“The US has designated Hezbollah as a terror group in 1997,” Toner said, noting that Washington will continue to face its activities. The US imposed sanctions on three personnel and two companies affiliated with Hezbollah.

The GCC decided last week to designate Hezbollah as a “terror group”. GCC secretary-general Abd Al-Latif Al- Zayani said the decision was taken due to “the provocative acts of that militia to recruit young people from GCC to carry out terror acts”.

“GCC countries consider all acts of Hezbollah in the Gulf countries and the provocative acts they carry out in Syria, Iraq, and Yemen to be contradictory to international law and human values which threatens Arab national security,” the statement read.

The decision came a day after Hezbollah Secretary General Hassan Nasrallah’s outspoken declarations about “Saudi Arabia’s attempts to incite sectarian strife between Sunni and Shi’a Muslims in the Arab world”.

Saudi foreign minister Adel Al-Jubair noted this week that Saudi Arabia will receive armaments from France, which were initially ordered for Lebanon as part of the conservative kingdom’s military aid to it.

Saudi Arabia suspended its military aid to Lebanon in reaction to Beirut’s failure to respond to the attacks on its diplomatic buildings in Iran following the execution of Al-Nimr.

“We will complete the contracts with France,” Al-Jubair said but noted the weapons will now be directed for use by Saudi Arabia.