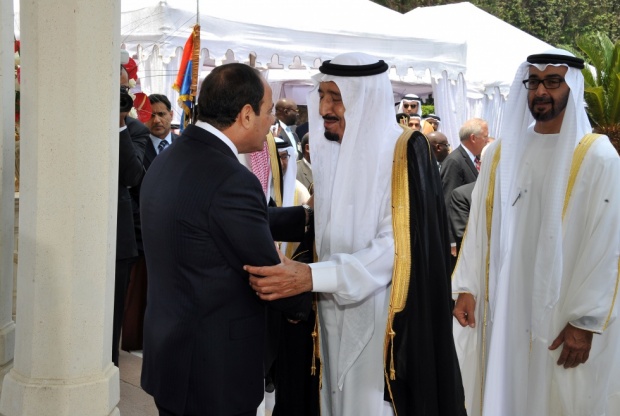 The manoeuvres included joint trainings on facing prospective threats in the context of regular and irregular warfare. Several Arab armies cooperated in these trainings to achieve their goals.

Egypt was keen to participate in such manoeuvres owing to its role in enforcing the security of the Arab region, read a statement from the Egyptian presidency.

Military personnel from Egypt and forces from at least 20 Arab and Islamic countries participated in the exercise, according to Egypt’s military spokesman Mohamed Samir.

Among these countries, Egypt is ranked second in terms of the size of its forces and specialties, following Saudi Arabia.

“The joint training aims to support the capabilities of Egypt, Saudi Arabia, and the coalition countries to form a common Arab defence force and to unify our plans and combat current regional challenges,” Samir said.

Over the past few days, further training sessions were conducted along with lectures, as an introduction to the training exercises that will be executed during the manoeuvres phase.

The coalition would confront not only “Islamic State” (IS) but “any terrorist organisation that appears in front of us”, Saudi defence minister and deputy crown prince Mohammed bin Salman said at a press conference in Riyadh.