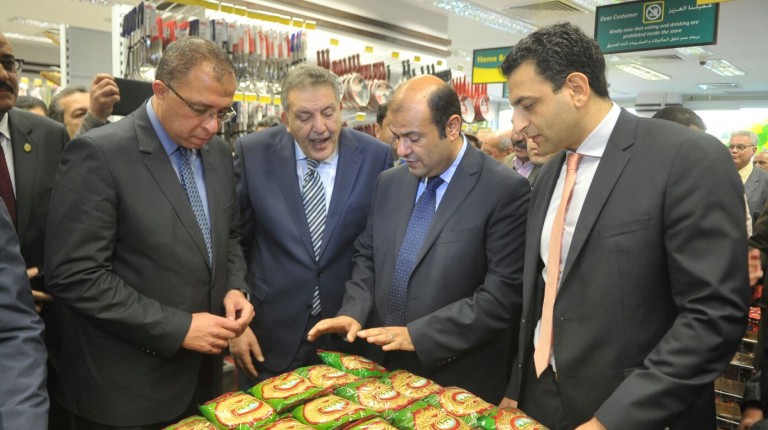 Celebrating more than 90 years as the Middle East’s premier provider of grocery and household products, Spinneys is returning to Alexandria, the city Arthur Rawdon Spinney chose for his first store in Egypt.

On March 10, the newest Spinneys supermarket opened its doors to Alexandrians in the upscale neighborhood of Smouha.

“We are overjoyed to be responding to requests by residents to open a store in Alexandria with our unique brand,” said Mohanad Adly, the CEO of Spinneys Egypt. “Mr Spinney was the inspiration for what has become a much-loved experience for grocery shoppers from the Mediterranean to the Red Sea.”

Adly pointed out that three new Spinneys stores opened in Egypt in 2015: at Mokattam in Cairo, in the tourist resort town of Hurghada, and in the historic Giza district, near the Pyramids.

The performance of the three stores has exceeded expectations, despite competing grocery stores nearby. “Not only are we bringing the products and services customers are seeking, but the numbers of customers proves the Spinneys brand is highly valued in Egypt,” Adly said. “We’ve developed a format that enables us to offer a very large variety of quality goods at a very competitive price and in very convenient locations.”

“Our investment in staff training is very rewarding and highly appreciated by customers,” Adly said. The new Alexandria store creates 150 new jobs in the Spinneys workforce that employees 1,500. More than 20,000 products are displayed on grocery shelves. Fridges imported directly from Europe ensure the freshness of the fruits and vegetables as well as the meat and delicatessen sections. Full bakery lines imported from Italy provide a wide variety of freshly baked breads, croissants and pastries.

Spinneys new 2,000sqm Alexandria store brings the total number of Spinneys hypermarkets and supermarkets in Egypt to eight. “We have an aggressive growth plan for Egypt with a very experienced retail team to see it through. Our strategy is to diversify our formats by opening big hypermarkets along with smaller sized supermarkets conveniently located close to our customers.”

Spinneys’ values were enshrined in Arthur Spinney’s vision when he opened the first neighbourhood grocery store in Alexandria in 1924. Today, the brand is acknowledged for setting the highest standards of quality, service, and value, offering high-quality fresh produce, grocery and baked goods at a fair price in a fresh and friendly shopping environment.

The diverse range of fresh food, fast-moving consumer goods, and general merchandise is complemented by a comprehensive selection of household goods and appliances. The electronics section offers a wide range of home and kitchen appliances, from TV screens and washing machines to coffee machines and other smaller appliances.

This is the first store opening this year following the successful launch of 3 new stores last year. Two other Spinneys store locations will be inaugurated in 2016 with the next planned launch in New Cairo in May.