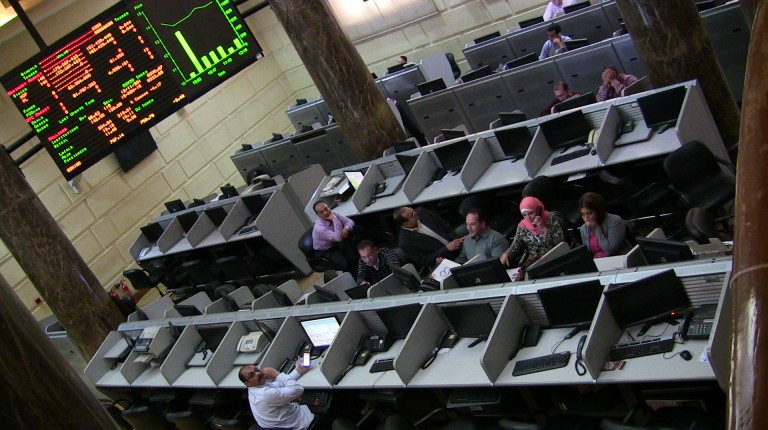 The Egyptian Exchange’s (EGX) benchmark index EGX-30 is expected to experience a new upwards trend during the coming period, to range between 6,850 points and 7,000 points, capital market analysts said.

“Last week saw a few surprises,” said the head of the technical analysis department at the National Bank of Kuwait (NBK) for investment in North Africa and the Middle East Mohamed Al-Assar, referring to lowering the gas prices for steel industries from $7 per million British thermal unit (BTU) to $4.5 per million BTU.

“Breaking the barriers of 6,320 points will promote an upwards trend for the stock market,” Al-Assar said, adding that after lowering the gas prices “the steel stocks were highly traded”.

“The total value traded recorded EGP 4.4bn, while the total volume traded reached 1,523m securities executed over 128,000 transactions this week,” an official report issued by the EGX read. “The total market capitalisation of the listed stocks culminated at EGP 412bn at the end of this week, representing an increase of 5% over the week”.

During the past week, the Central Bank of Egypt (CBE) also decided to remove the cap on deposits and withdrawals in foreign currencies for companies importing strategic goods. This came after the bank’s decision to life the cap for individuals’ withdrawals and deposits, as well as issuance of dollar certificates for Egyptian residents.

Head of the Technical Analysis Department at Naeem Brokerage Ibrahim El-Nemr expected that after the market reaches 6,500 points and has remained stable for some time, it will be able to surge between 6,800 points and 7,100 points.

The improvement in the oil price and the performance of the emerging markets, as well as the Gulf market, all encourage a positive performance for EGX,” El-Nemr added.

The institutions accounted for 54.68% of the value traded, with a net equity of EGP 149.18m, while the remaining 45.32% were for the individuals, the report noted.