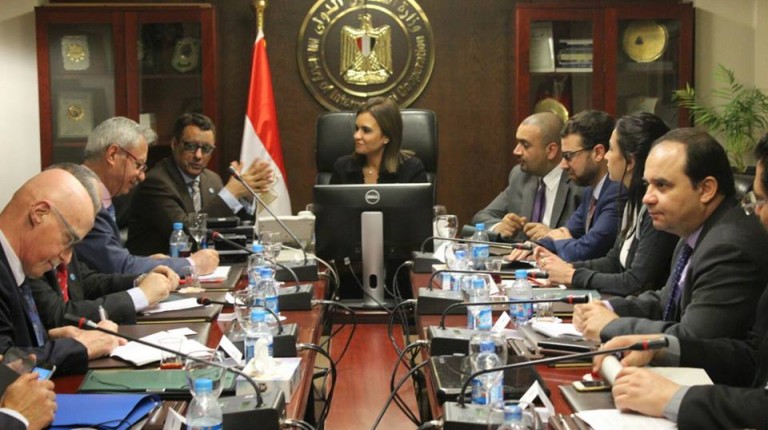 A number of officials in the organisation, who are currently visiting Egypt, were also present during the meeting to discuss the project.

The mission aims to develop a framework for assistance provided for the project in the areas of groundwater usage, especially the Nubian sandstone reservoir; modern technologies for irrigation; the possibility of establishing farms for aquaculture and enhancing fish productivity; and the use of clean and renewable energy, particularly solar energy in agriculture.

The details of the 1.5m acre project and its locations, such as Farafra, Toshka and Kom Ombo, were discussed during the meeting. The aspects of future cooperation in some areas were also discussed, including the possibility of the FAO supporting Egypt in the areas of groundwater, fish resources development, the use of renewable energy in the agriculture sector, and the application of modern technology in irrigation mechanisms.

The project has faced some criticism; agriculture professor at Cairo University Nader Nour El-Din said: “Targeting of the southern region is not the right way to do this; it would be better to target the maritime areas for agriculture. Farafra, Kom Ombo and Toshka are considered hot areas and water will be wasted there; it is better to invest in industrial areas.”

The FAO and Egypt have previously cooperated in various areas, including contribution to the development of agricultural strategies to control animal diseases and cross-border pests, the launch of new technologies and best practices in the agricultural field, the preservation of water and soil resources, support against avian flu, and reducing food wastage.

Rise in Egyptian food prices due to subsidy cut: FAO