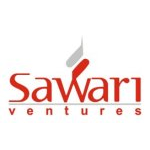 He revealed that the international institutions include the International Finance Corporation (IFC), and the European Bank for Reconstruction and Development (EBRD), as well as the European Investment Bank (EIB) and the Social Fund for Development (SFD), which SVI has contacted previously.

SVI addressed the National Bank of Egypt (NBE) to contribute to the closure of the first stage of a $50m fund, worth $30m. The firm has ended its negotiations with Ayady Company for Investment and Development due to its interest in investing in state-owned enterprises rather than the private sector.

The Ministry of Communications expressed its support for the company’s initiative to launch a fund to invest in start-ups in Egypt, according to Amin.

The initial closure of the fund was postponed until June due to the disruption of the investment environment; it was previously scheduled to close by the end of 2015, Amin said.

SVI announced the launch of its $50m fund for new investors during the international investment conference held in March 2015in the Red Sea resort town of Sharm El-Sheikh.

The fund specialises in investing in the incubation phase of start-ups, which is undertaken by Flat6Labs, a technology incubator launched by SVI.

The second phase involves the entry of an ‘Angel investor’, which provides capital for a business start-up, paving the way for SVI to enter the third phase, known as the growth phase.

Amin confirmed that the fund is now focused on promoting itself among investors in the local market, as it aims to invest in Egypt. This has pushed the company to refrain from promoting the closure of the fund in the Gulf.

The fund’s investment strategy is based on providing funds starting from $500,000 up to $5m. The targeted companies are those working in value-added services (VAS) in the areas of education, health, and manufacturing. The fund will avoid the consumer and retail sectors as well as the real estate investment.

Venture capital funds are financial instruments used by start-ups to finance their projects, especially in the fields of innovation and creativity, which often confront obstacles in obtaining financing due to the difficulty of using traditional means of borrowing, such as banks.