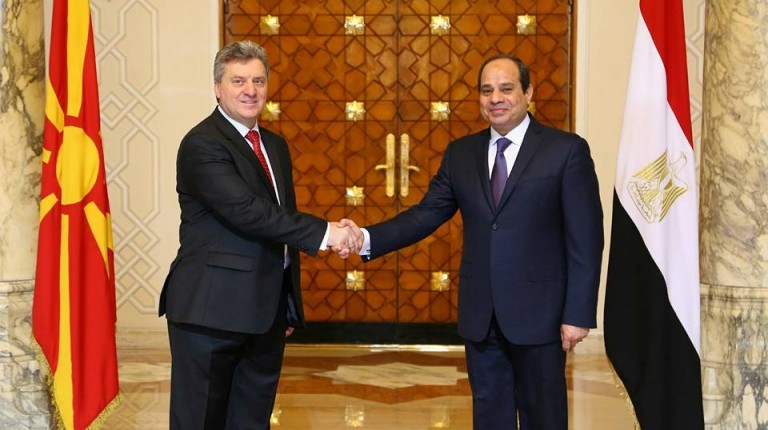 Al-Sisi said he agreed with Ivanov on boosting bilateral ties, according to a statement released by the presidency.

“The executive bodies in both countries will work on prospective opportunities in the economic and trade sectors,” the statement read.

Al-Sisi discussed with Ivanov current affairs in the Middle East and recent counter-terrorism efforts. They agreed that international cooperation is vital in addressing terrorism.
The Macedonian president presented his point of view on the increasing flow of refugees into Europe as a result of Syria’s protracted civil war.

They also emphasised the importance of supporting countries willing to host Syrian refugees.

Macedonia closed its borders with Greece Saturday in order to prevent more refugees from entering the country.

Earlier, Ivanov criticised European policy for failing to prevent the influx of refugees coming from Turkey, adding that his country has spent $25 million on refugees.

Investor paradise Macedonia is a nightmare for workers