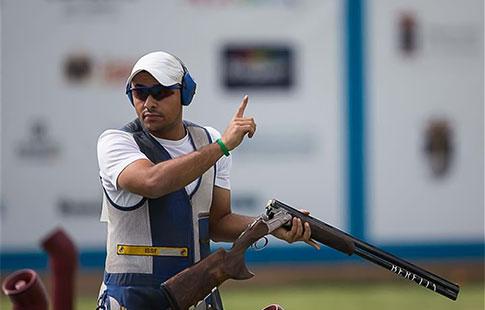 Egyptian Azmy Mehelba surprised spectators by winning gold at the 2016 Cyprus Grand Prix in shotgun in the men’s skeet shooting competition. The tournament is held in Nicosia, Cyprus and began on 7 March, ending tomorrow 14 March. The competition was tight and Mehelba won by a narrow margin; second place went to Russian Valeriy Shomin.

Shomin was just two points behind with a final score of 122. His result in the first round was 23, 24 in the second, and 25 in the third, fourth, and fifth rounds.

Russian players stood out in the men’s skeet shooting; third and fourth place were acquired by Russians Alexander Zemlin and Nikolay Teplyy, respectively.

Skeet is a discipline of competitive clay pigeon shooting.