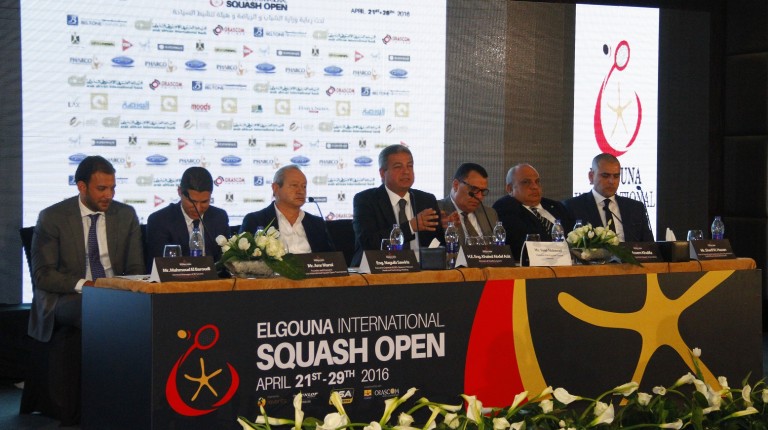 An international press conference was organised on Sunday ahead of the El-Gouna International Squash Open, which will be held in the resort town of El-Gouna from 21 to 29 April, in order to announce the start of the tournament.

Founder and CEO of IEvents Amr Mansi, who is responsible for organising tournaments at the upcoming open, gave a speech in which he expressed his hope for the tournament to include women’s competitions in the future, and for squash to be included as an Olympic game.

President of the Egyptian Squash Association (ESA) Assem El-Said told Daily News Egypt that the ESA is doing its best, along with the International Squash Association, to establish the sport as an Olympic game in the future.

Among all the highest internationally ranked squash players in the top 34, only Spain’s Borja Golán informed the organisers that he will not participate, which is a good indicator for tourism and Egypt’s reputation abroad, chairman of Orascom Telecom Media and Technology Naguib Sawiris revealed in a speech.

“Moral success is far more important than any financial benefits that come from the tournament,” Hassan said.

The press conference was also attended by Minister of Youth and Sports Khaled Abdel Aziz, and head of the Tourism Development Authority Sami Mahmoud.