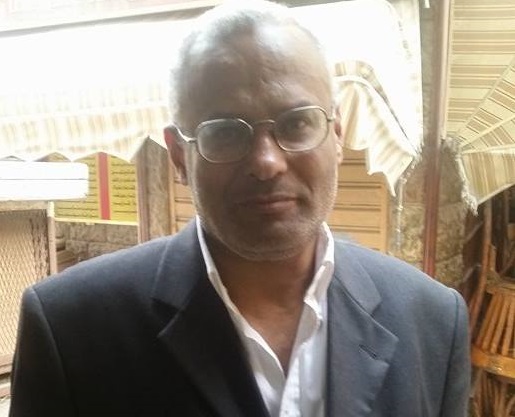 Amid increasing reports of police torture in recent months, which made global headlines following the high-profile murder of an Italian PhD student in Cairo, another alleged report of torture has surfaced.

Human Rights Monitor and the International Coalition for Freedoms and Rights (ICFR) reported on Friday that a German citizen and his son claimed they were subjected to torture inside Al Amreya police station located in Alexandria.

Safwat Karam Nasim, 56, and his son were assaulted and abused at the police station, his lawyer Amer Ramadan told Daily News Egypt. The two have filed a court case against the Al-Amreya police station manager, citing torture and medical negligence while in custody.

Nasim claims he was arrested because of “fabricated charges” that alleged he had assaulted an employee on his property, while his son was arrested with no clear accusation against him.

In an interview with Daily News Egypt, Nasim explains in detail the proceedings of the alleged torture incident.

“I’m originally Egyptian and I immigrated to Germany in 1988 where I worked as a translator,” said Nasim. He moved back to Egypt in 2014 following his retirement and obtained temporary residence papers that allow him to live in his home country again.

Hoping to spend his retirement investing in Egypt’s real estate sector, Nasim also brought his German son with him to Egypt so that he could learn about his Egyptian heritage and study Arabic.

Nasim said he was arrested in September 2015 for allegedly harassing and assaulting a worker, charges he denies.

“A worker who was decorating my villa claimed that I assaulted him, which he told Al-Amreya police station,” said Nasim, who claims the accusation was made as a means of incitement and was ignited by his competitors in the real estate sector.

Nasim said police officers with five informants came to his villa and summoned him for questioning. Nasim claimed he requested for his blood pressure and diabetes medication to be taken with him, but the officers refused.

“I asked my son, who was inside the villa, to deliver the medicine to me at Al Amreya police station,” said Nadim. “When the police officer met my son at the station he ordered for his arrest without any charges.”

Inside Al Amreya police station, Nasim claimed he and his son were detained in a small, dirty room that was only large enough to accommodate 15 people, but held nearly 70 detainees.

“They assaulted us and prevented any medicine from being given to me, despite doctors prescriptions that prove my illness,” said Nasim.

Nasim claimed his son was assaulted in front of him for five continuous days. Nasim said the police officers claimed that his son was a drug addict because he did not speak Arabic and could not understand them.

The German citizen said he and his son were referred to prosecution following a sudden inspection by the Ministry of Interior.

Despite having been acquitted of the accusations, Nasim said Al-Amreya police station refused to release him or his son for another 24 hours.

In the past several months, Nasim said he has tried to speak to the media, President Abdel Fattah Al-Sisi, and the Ministry of Interior about the incident, but his efforts have been in vain.

Accounts of police torture have dominated news reports in recent months and grabbed global attention, particularly following the murder of Giulio Regeni, 28, a PhD student at the University of Cambridge. Regeni was a visiting scholar at the American University in Cairo (AUC) when he disappeared on 25 January, the fifth anniversary of the 2011 revolution.

Regeni’s body was found in a ditch along the Cairo-Alexandria Desert Road on 3 February, nine days after his disappearance. Reports indicate that he was subjected to severe torture before his death.