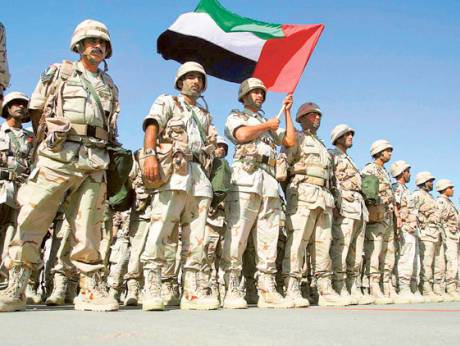 The UAE army announced Monday that a fighter jet participating in the Saudi-led coalition in Yemen crashed, according to Saudi Arabia’s state news agency.

The two pilots operating the plane were killed in the crash due to what a coalition statement called a technical failure.

Several countries in the Middle East, including Egypt, are participating in a coalition that is fighting against Houthi forces in Yemen. The coalition aims to restore deposed  president Hadi Mansour, who is recognised as the legitimate ruler of Yemen by a majority of international parties. Mansour fled the country after Houthi forces seized the capital.

A Saudi Arabian helicopter attacked Al-Qaeda-affiliated militia on Sunday in an attempt to drive them away from locations in Taiz. Reuters reported that at least 18 people were killed in the attack—including 17 suspected militants and one civilian.

The Saudi-led coalition is attempting to gain control of Taiz which is currently besieged by the Houthi forces.