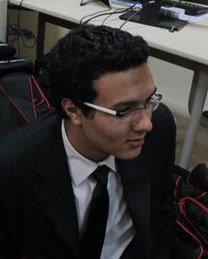 What do we make of the historical irony that undergirds the state-building project of the Saudi state, imbricated as it is in the antinomies of the modern nation, a medieval political theology, and a surfeit of petrodollars? It is through painting an image of the Saudi state, its past, as much as its most recent iteration, that we can gain traction on this question. And, more importantly, to understand the Saudi state is to understand its future, whether that be a future of Saudi hegemony or Saudi collapse.

Since its establishment in the eighteenth century as the Emirate of Diriyah, the first Saudi state has been heavily influenced by the Wahhabi strand of Islam.

Concomitant with their rise to power, the Saudi clan formed an alliance with Muhammed ibn Abdel Wahab, using his views as the official philosophy and raison d’être of the Saudi state that dictated its policies, in the domestic and foreign spheres. This intertwining alliance between the Imam and the Saud functioned largely according to the relations of power in medieval societies where high priests provided protection for the divinely-chosen ruler.

This dynamic however acquired a new dimension with the last iteration of Saudi rule in the early twentieth century as it coincided with the collapse of the Ottoman Caliphate, allowing the Saudi King to claim the  dues of respect and loyalty from most practicing Muslims previously given to the caliph. While he ascended to the structural role of the caliph, he did not assume the caliphate’s other burdensome responsibilities. This posturing gave Saudi an almost unparalleled advantage when it came to militant Islamist factions around the world.

Since this point, Saudi has maintained close relationships with most manifestations of militant Islam or Jihadi philosophy, relationships that enabled Saudi Arabia to extend its influence using soft power. Not only was Saudi the Petri-dish where Jihadist strands of Islam flourished, it was also the prime financier for most of these groups, using its vast oil revenues to arm these “servants of God” whenever it served the Saudi state. So to understand modern conflicts in the Middle East—where Islamist factions are always present—it is essential that we understand how the kingdom benefits from this.

As one of the few Absolutist monarchies left on this planet, Saudi also maintains that dangerous quality of all dictatorships whereby the absence of state institutions means that a change of supreme leader could have considerable effects on the state’s performance of its policy, both domestically and globally.  Without speculating about who is now the secret puppet-master pulling all the strings in the family, it is very clear that with the ascension to power of the new King Salman and his ruling circle, Saudi started an era of extreme assertiveness and aggression, bordering on adventurism, which would be tolerable if this was not the Middle East and the country involved was not directly tied to dozens of Jihadist groups around the world. Since this is not the case, Saudi adventurism is a bad omen for the entire region and maybe the world.

King Salman’s administration christened its ascent to power with the Saudi-led intervention in Yemen, signalling a more aggressive foreign policy.  As thousands of Yemeni civilians pay the price, Saudi intervention is nearing the completion of its first year with no end in sight for the war. This doesn’t bode well for Saudi’s much flaunted military capacity and its ability to marshal its allies to concrete results on the battlefield. Along with the kingdom halting its aid for Lebanon over the long-standing issue of Hezbollah, this suggests Saudi is nearing the end of its diplomatic leeway, sending the signal that battlefronts are being drawn, and now everyone has to choose exactly where they stand.

Saudi has augmented the ranks of its allies, adding Egypt—one of the largest standing military capacities in the region—various militant groups on the ground in Syria, the Gulf monarchies, and most recently Turkey, its biggest bedfellow in the quest for military intervention in Syria. Let us not forget Saudi’s unending quest to form regional military alliances and acquire new military hardware in, frankly, ludicrous quantities. Which poses the question: what are the reasons behind the alarmingly increased levels of aggression and militarism in Saudi policy?

First, the 2011 uprisings in the Middle East seemed to herald doom for the established political order in the region, even if just for a second, and the kingdom wasted no time in asserting its rightful place as a reactionary bulwark against any changes in the long-held status quo, with the obvious exception of Syria. The uprisings were an unexpected threat to the 80-year-old Saudi ruler and posed serious threats to Saudi’s pursuit of regional hegemony; Saudi feared the recession of soft power outside and a domino effect inside. It must not be forgotten that this coincided with Venezuela outpacing Saudi as the crowned head of oil reserves. This air of insecurity was augmented later in 2015 when Russia’s support of President Bashar Al-Assad in Syria became more pronounced, culminating in the start of its air campaign, and the formation of the 4+1 operational alliance (Russia, Iran, Iraq, Syria, and Hezbollah). Meanwhile Iran signed a nuclear deal which would ease and eventually lift the sanctions on the country, strengthening the Iranian economy and allowing it to rearm its outmoded military equipment.

So, in a way, 2015 was the harbinger of doom for the Saudi clan as it faced challenges along two main fronts. The first was economical. Saudi’s main asset as a rentier state, until recently, has been its unmatched oil reserves and oil exports which filled its coffers with petrodollars and let it amass importance in the market as the crowned head of this strategic resource commodity. However,  in recent years, this asset has been heavily threatened as it lost its status to Venezuela, and is constantly being dogged by Russia in the production and export fronts, as well as facing the threat of an unsanctioned Iran entering the market in full force. There is also the largely ignored fact of the inaccuracy of Saudi’s “proven” reserves which many claim could be less than 60% of the declared estimates. The kingdom’s play is a last-ditch attempt at a war of attrition by oversupply that if won would leave it in control of the oil market, and if lost could prove disastrous to the kingdom’s fortunes. This play, however, has yet to yield results and the Dutch-diseased Saudi economy bears the brunt of this adventurous policy and risks being wrecked by just one miscalculation or unforeseen circumstance.

The second harbinger of doom was on political and military fronts: the formation of the 4+1 operational alliance which effectively holds the Gulf States and Saudi Arabia at the forefront, the threat of a resurgent and rearmed arch-nemesis that is Iran, along with the advances made by Al-Assad’s forces, meant that Saudi is now in its most vulnerable state of the last 25 years, a realisation that would prompt desperate measures from even the most stable of regimes let alone a single-minded secretive clan with absolutely no accountability or supervision apparatus. So it is fully expected that Saudi will increase its already inflated defence budget, and encourage its sponsored rebels to intensify efforts, and forge an increasingly complicated system of alliances. The intricacy of these alliances defeats their very purpose as it ends with allies such as Egypt and Turkey who locked horns almost three years ago and are yet to let go of animosity.

It is in this light that we can contextualise the increasingly aggressive Saudi policies without misreading them as a sign of strength but instead seeing them for what they really are: desperate last-ditch efforts to shore up and institutionalise Saudi positions before they are no longer defensible. In the spirit of historical irony, it is fitting that what the kingdom is doing to ensure its continued existence might very well be what brings its doom. When we hear Saudi Arabia beating the drums of war we can also hear the underlying funeral tones hidden in its future.

Omar H. Ghannam is a political scientist and economic researcher. He is the budget programme officer at the Egyptian Centre for Economic and Social Rights.