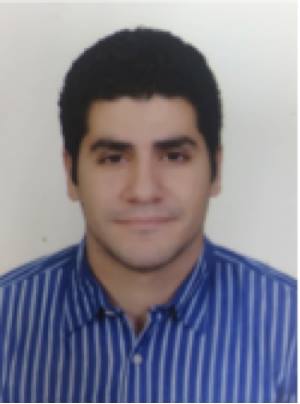 I cannot remember the last time I watched an Arab film and emerged as impressed with the quality of it as I am with that of the Jordanian production “Theeb”. “Theeb” was the Jordanian nominee for the Academy Award for Best Film in a Foreign Language for 2016 and the winner of the BAFTA Award for Outstanding Debut – and certainly, the film deserves this magnitude of universal recognition.

To begin with, the eponymous lead character (Theeb), played by first-time actor Jacir Eid Al-Hweitat – who had to climb up a water well, film an entire movie barefoot and start a fire from scratch – deserves some praise of his own. Al-Hweitat succeeds in delivering a heartfelt performance that draws audiences in from his first appearance on screen. This is despite the film having very little dialogue, making it a tough enough task for professional, experienced actors, let alone a first timer.

“Theeb” can moreover be compared to Academy Award-winning “The Revenant” – “Theeb” was similarly shot almost entirely in natural light, a task that landed Emanuelle Lubezki (director of photography for “The Revenant”) massive critical praise all around the world. There are as many images in the film that emphasise the desert’s brutality and loneliness as ones that portray its beauty and harmony, highlighting the cinematographer’s eye for detail and his understanding of the environment in which he was filming, while serving the tone of each scene of the movie.

The screenplay feels satisfyingly complete, believable, and takes its time to build the tension, before delivering its punches with a certain level of unpredictability. All the major characters are rich with detail, projecting a multidimensionality and allowing them to be relatable to the audience. This is especially evident when it comes to the bandit character (brilliantly portrayed by another first-time actor and real-life Bedouin, Hassan Mutlag) who had to be a worthy opponent to the sheer on-screen talent that Al-Hweitat displays in every scene.

The score that Jerry Lane created for “Theeb” is hypnotising to say the least. His use of oriental instruments fused with electronic music created tracks that flawlessly set the tone to transport viewers to Theeb’s desert. Inspired by a song for the Red Sea that originated from the area that the film’s events take place in, the score serves both to showcase to the locals’ legacy and a tool to make the film all the more unforgettable.

The director is British-born Jordanian, and first-time movie director, Naji Abu Nowar, who successfully created a film that can be considered one of the most intricate, descriptive and realistic films addressing life in the desert, even more than celebrated classics like “Lawrence of Arabia” and modern desert films like “127 Hours” and “The Hurt Locker”. In preparation for the film, Abu Nowar, who never studied film, decided to head back to the land of his ancestors and live with the Bedouins in the desert for a whole year, to learn about the daily life and the history of the tribes in the area.

The film’s universal morale is addressed as strongly as its Arabic core all throughout the film, which allows it to serve as a meaningful adventure on many different levels, and allows it to connect to various types of audiences. The one-of-a-kind film pushes the boundaries of Arab filmmaking, reaching new grounds of excellence without recourse to common excuses (like a low budget, the lack of an experienced crew, tough filming locations, etc.) to settle for a lesser quality. “Theeb” may have ceded the Oscar to the Hungarian Holocaust movie, “Son of Saul”, but it showed the world that Arabic cinema still powerfully exists and proved that with the least resources possible, one can still create a masterpiece.

The Hurt Locker: how to use film to create pro-war propaganda?