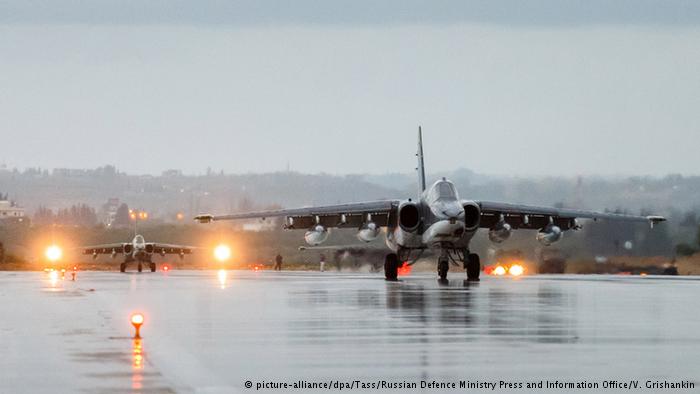 “On average, Russian planes are flying 20 to 25 combat sorties each day,” the military official from the Moscow General Staff of the Russian Federation said.

The bombing raids comes as Russia continues to reduce its presence in Syria, which was announced earlier this week.

“I want to emphasize that Russia’s air force will continue to conduct airstrikes against the terrorist organizations Islamic State and Nusra Front in Syrian territory,” Rudskoi added, saying that the withdrawal of forces was moving forward “according to schedule.”

Just hours after Rudskoi’s statement, the US military disputed the claim, saying that Russia used artillery strikes instead of bombing raids.”In the last week, we have not seen any Russian aircraft conducting any strikes in Syria. And that any counter-ISIL strikes (…) would have been via artillery systems,”said Central Command spokesman Patrick Ryder, using an alternative acronym for the IS jihadist group.

The majority of Russian “strike aircraft” have already left Syria, according to Ryder.

Speaking to reporters in Moscow, Rudskoi also said that the regime troops were close to taking control of Palmyra.IS seized Palmyra in May last year, destroying many famous temples and monuments in the ancient city.

According to Rudskoi, the Syrian army has now seized key hilltops around the city and cut supply routs of the IS jihadists.

“Conditions have been created for the encirclement and definitive defeat of IS armed formations in Palmyra,” he said.

Also on Friday, the IS claimed the killing of five Russian soldiers near the city.

The Kremlin refused to confirm the killing and the presence of Russian advisors around Palmyra.

“The advance (on Palmyra) is carried out by contingents of the Syrian army,” Putin’s spokesman Dmitry Peskov said.

Several regions in Syria are still rocked by heavy fighting, despite the fragile truce and the peace talks in Geneva.On Friday, the UN’s World Food Program published a report on the plight of Syrians in the besieged cities of Deir al-Zor and Daraya, saying that many households were forced to get by on one meal per day.Deir al-Zor is under IS siege, while Daraya is blocked off by government forces.

“In the most severe cases, they are enduring entire days without eating, sending children to beg and eating grass/wild vegetation,” the report said.

Fresh bread was “sporadically available” in Daraya, at 30 times the price in nearby Damascus, according to the report.

Syrian government has so far refused to grant access to UN aid convoys to Daraya and five more besieged areas.