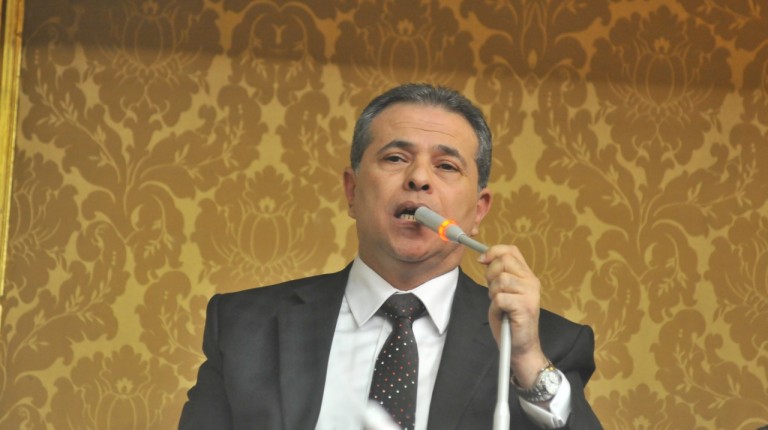 The Daqahleya electoral commission announced on Sunday the names of its chosen candidates who will run in the electoral round in Talkha and Nubwa, previously represented by the dismissed MP Tawfik Okasha.

Twenty-eight applied to be considered candidates for the empty seat. The electoral commission decided on 16 candidates who will join the runoff elections scheduled for 16 and 17 April.

The controversial meeting resulted in Okasha’s dismissal from the Egyptian House of Representatives on 2 March following a two-thirds majority vote.

Parliament announced that Okasha’s seat would be made vacant on 3 March. According to Article 108 of the Egyptian constitution, in the case that “a seat of the House of Representatives becomes vacant at least six months prior to the expiry of his tenure, the vacant position must be filled in within sixty days from the date on which the House reports the vacancy”.

The House of Representatives said it holds Okasha accountable for hosting a foreign diplomat and discussing with him matters of national importance, such as the Grand Ethiopian Renaissance Dam (GERD) issue, which was considered “unauthorised trespassing” of executive authority and the Ministry of Foreign Affairs.

The dismissed MP also faced judicial disputes which resulted in a travel ban being issued to him by Prosecutor-General Nabil Sadek on 13 March, pending investigations into several reports filed against Okasha.

According to the prosecution, Okasha forged his PhD certificate and put it among the required documents to complete his candidacy in the 2015 parliamentary elections.

Okasha ran as a parliamentary candidate in the governorate of Daqahleya, which was among 13 governorates of the second electoral phase that took place in November 2015. He made it to runoff elections among six candidates competing over three seats for the constituency of Talkha, and won a seat.

Once elected, Okasha ran for the position of parliamentary speaker, which he lost to Ali Abdel Aal.

Okasha has sparked several controversies within parliament and was absent from the parliamentary session in which President Abdel Fattah Al-Sisi addressed MPs, claiming his requests to meet with the president were “ignored”.