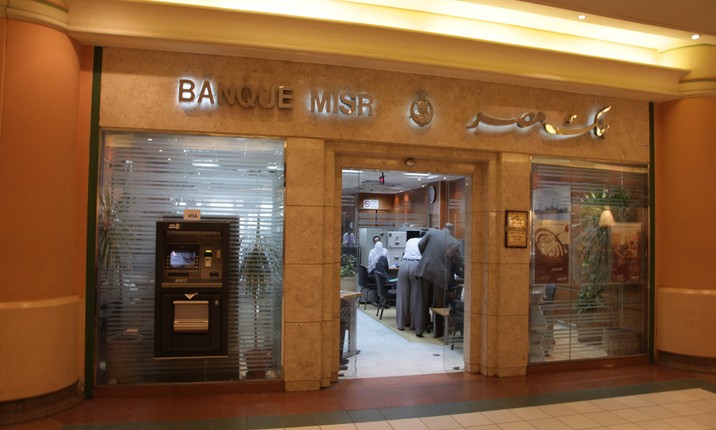 Banque Misr is focusing on expanding the services provided to small and medium enterprises (SMEs), targeting an increase in loans to the sector of EGP 1.5bn by the end of the fiscal year (FY).

Alaa Ayoub, chairman of the Small and Medium Enterprises(SMEs) department in Banque Misr, said the bank has set SMEs as a top priority for the upcoming period.

He noted that the bank is set to adjust the rate of loans provided to SMEs to 20% of the bank’s total loans portfolio, in accordance with the Central Bank of Egypt’s (CBE) decision.

The CBE launched a plan in January to fund 350,000 SMEs with EGP 200bn. The plan included obliging banks to provide 20% of their total loans to banks.

Banque Misr began mid-January 2016 to put forward financing products that are compatible with the needs of SMEs with annual revenue ranging between EGP 1m and EGP 20m.

The bank finances these projects with a simple declining interest rate of 5%, for all activities and sectors, through specialised units in all the bank’s branches nationwide.

The bank also provides financial advice to the new projects owners, to contribute in creating strong and constructive institutions.

According to Ayoub, the bank has injected new funds of approximately EGP 15m into the SMEs sector, in accordance with the CBE initiative. The bank has received applications for loans worth EGP 5m, which are currently being studied, and are expected to be approved by the end of March.

He explained that the SMEs loans portfolio at the bank is divided as follows: 40% for industrial projects, 50% for commercial projects, and 10% for service projects.

He added that the bank has developed a new strategy to support this sector, which it introduced to the CBE in February 2016. The strategy includes launching 350 units specialised in financing SMEs for four years in all governorates nationwide.

The bank also targets to open 60 new branches within two years to serve these projects’ customer service, while having 140 branches currently serving this sector, Ayoub said.

The bank plans to support these projects through hiring young people, and signing a contract with the Egyptian Banking Institute to prepare training programmes for employees of SMEs to help them deal with the challenges of such projects.

In addition, the bank aims to provide training programmes for customers, to raise their awareness on the nature of their banking activities, in collaboration with specialised institutions, and to ensure that their projects do not face any obstacles.

He pointed out that the bank has launched 100 local units specialised in financing SMEs to serve the Mashrouak (Your Project) initiative. The initiative aims to provide funding for micro-, small- and medium-sized enterprises (MSMEs), in which Banque Misr participated in March 2015.

He added that these units will play an important role in attracting a large segment of customers during the coming period, as the bank will use it to achieve its target over the next four years

The total funds provided by the participant banks in the Mashrouak initiative amount to EGP 890m; of which 55% is provided by Banque Misr.

Banque Misr participated with the Ministry of Local Development in the initiative. During the period from March 2015 until June 30, 2015, loans worth EGP 48m were provided to 1,848 entrepreneurs, Ayuob noted.

Ayoub said the bank signed two contracts with the Social Fund for Development, which provided EGP 327m to fund MSMEs. The bank seeks to sign a new contract with the fund worth EGP 200m for the same purpose.

He confirmed that the bank aims to expand SMEs financing through labour-intensive industrial activities. The bank is focusing on SMEs operating in the new and renewable energy sector, as this sector is crucial in confronting the power shortage in Egypt.