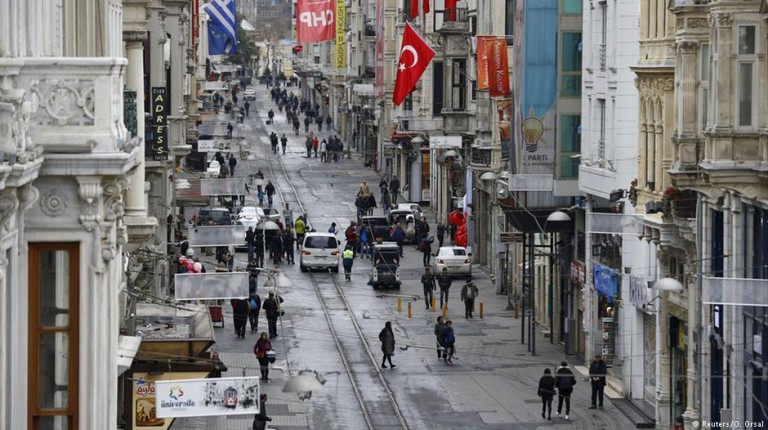 Turkish Interior Minister Efkan Ala said on Sunday that the self-proclaimed “Islamic State” (IS) group was responsible for Saturday’s deadly suicide bombing in Istanbul. At least five people died and another 36 were injured in the bombing—the second such attack in less than a week. An Iranian and two Israelis were among those killed.

Ala identified the bomber as Mehmet Ozturk, who was born in 1992 in the southern Turkish town of Gaziantep, close to the Syrian border.

“The attacker has been formally identified. He is linked to the terrorist organisation Daesh,” Ala told a press conference, using an alternative name for IS.

Five detentions have also been made in connection with the attack. As a result of the bombing, authorities say they are tightening security across the country, with seven provinces and Sirnak city centre now under curfew. Planned celebrations for the spring festival of Newroz were also cancelled in some Turkish cities.

In the hours following the bombing, many Turks expressed their thanks to the German Foreign Ministry for issuing the warning, using the hashtag #DankeSchönDeutschland (#ThankYouGermany).

The most recent attack in Istanbul’s popular shopping district bore similarities to January’s attack when a suicide bomber blew himself up in the vicinity of a group of German tourists near the city’s historic centre. The Turkish government also blamed IS for that attack.

Following the death of three Israelis in Saturday’s attack, Israel’s government warned against travel to Turkey on Sunday. The country’s anti-terrorism office raised its threat assessment and “recommends avoiding visits to Turkey,” the government said in a statement.