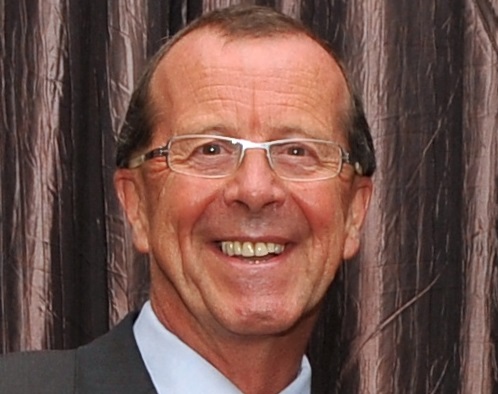 The UN envoy to Libya Martin Kopler on Saturday briefed Egypt on the latest developments in the Libyan arena.

Kopler held a meeting with the Egyptian Deputy Foreign Minister for Neighbouring Countries’ Affairs Osama Al-Magdoub in which they discussed efforts to support a Libyan government of national unity in order to achieve stability in Libya, according to the Ministry of Foreign Affairs.

Al-Magdoub reasserted Egypt’s stance of ensuring the unity of Libyan territories and supporting elected Libyan institutions for their legal role in supporting the government.

Egypt is looking forward to supporting international counter-terrorism efforts in Libya and preventing the influx of foreign militia into the country, he added.

It is vital to support the national Libyan army in order to be able to fight extremist groups, said Al-Magdoub.

Kopler and Al-Magdoub agreed to continue their consultations on the Libyan current situation.

Violence in Libya persists as the UN tries to support a political process to end the conflict between the two warring parliaments. The presidential council formed a new national unity government, but the Tobruk parliament is yet to vote on it.

President Abdel Fattah Al-Sisi warned Thursday that this is not the right time for any international intervention in Libya, describing it as risky. The international community should support the Libyan army, he said.

“If we give arms and support to the Libyan National Army, it could do a much better job than anyone else, better than any external intervention which could risk putting us in a situation that could get out of hand and provoke uncontrollable developments,” Al-Sisi said in an interview with Italian newspaper La Republicca.

The Egyptian president cited the war in Iraq and Afghanistan, pointing out that international intervention did not lead to any improvements in either country.

“Europeans think that IS is the only threat to Libya … This is a mistake … it must be understood that we are facing several groups with the same ideology,” Al-Sisi added.

He also said that any Italian or international intervention must be under the supervision of the UN.

Italian prime minister Matteo Renzi denounced earlier this month the declarations of the US ambassador to Rome regarding Italy’s intention to send 5,000 soldiers to Libya.

Renzi said the circumstances are not suitable for a military intervention in the former colony. “As long as I am prime minister, Italy won’t be sending 5,000 soldiers to Libya,” he said in a televised interview.

US ambassador to Italy John Philip told newspaper Corriere della Sera that Rome may send troops to Libya. “We need to make Tripoli safe to ensure that [“Islamic State” (IS)] are not able to carry out attacks,” he said.

Italy is working with other western powers to convince the two rival parliaments to accept a new national unity government. The US recently carried out attacks on IS locations in Libya, while the UK, France, and Italy’s intelligence services are active in Libya, according to European media reports.

However, Libyan army spokesperson Mohamed Al-Hegazi told Daily News Egypt that the US did not consult with Libyan authorities; the Libyan government released a statement condemning the intervention. “Any strikes must be carried out only after consultation with the Libyan army,” he said.

Rome is still resistant to requests to allow drones to carry out strikes in Libya, urging its allies to suspend their operations until the agreement on the new government. “If there is a need for intervention, Italy won’t retreat, but this is not the situation now,” Renzi said.