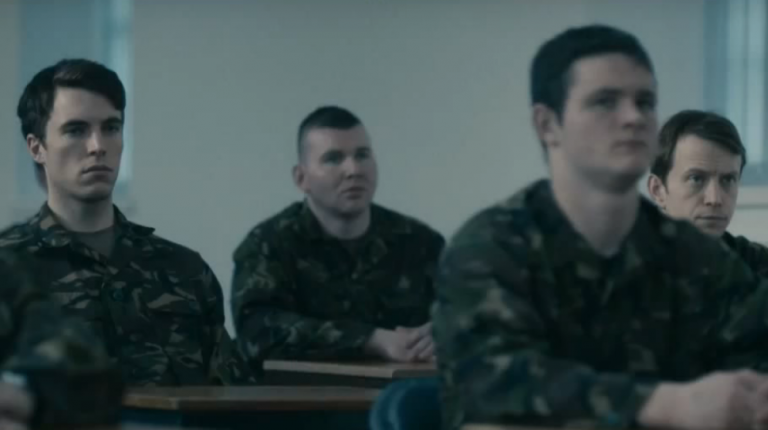 Cairo woke up Saturday waiting for the international musician and composer Ibrahim Maalouf to perform his long awaited concert.

Saturday marked Maalouf’s first visit to Egypt, to which he brought his famous trumpet to an excited audience, who have been waiting since it was announced that Maalouf would follow the path Yanni took when he performed a live concert beneath the pyramids in late 2015.

The 35-year-old French-Lebanese composer is known for his jazz-rock fusion that is inflected with the air of eastern music. He is also famous for composing soundtracks for several international films and advertisement campaigns, including those by Yves Saint Laurent.

Maalouf has released ten albums, all of which recorded notable international success. Maalouf also dedicated one of his albums to Om Kalthoum, as he considers her an icon of women’s empowerment. He has received several awards for his rich contribution to the field of trumpet playing and modern music.

On a sunny day, Maalouf held a press conference to announce that he would be performing songs from his recent album “Red & Black Light”, produced in 2015, at his first show in Cairo.

With his French-tinged accent a warm, deep smile, Maalouf expressed his happiness to perform his first concert in Egypt, “I’m honoured to be here [in Egypt] today, especially considering that my grandmother and her father originally lived here, as well.” He said, continuing: “they told me much about Egypt, so I feel like I’m staying among my family members.”

For 90 minutes, Maalouf and his band mesmerised over 7,000 attendees with his extraordinary performance, succeeding in producing the perfect mixture between orchestral music and jazz. He started the concert with a song that he dedicated to all Arab women, especially his siblings.

“Among the 10 albums I have made, the last two are the most close to my heart,” Maalouf said at the press conference, “The last two albums, Koltoum and Red & Black Light, are dedicated to women. The first is in the memory of the icon Om Kalthoum, whose songs I have remembered by heart, and the second is for all of the women who work in the shadow without being noticed. They are usually the most effective ones beyond the success of any work, without even being spotlighted.”

Born and raised in Paris to parents fleeing the civil war in Lebanon, Maalouf has insisted on not performing any musical concerts in Israel. “The way Europe, the US, and France look at Israel is totally different from the way we [Arabs] see it. I try to explain my contrary point of view all the time. However, sometimes they don’t get it,” Maalouf explained. “At the end of the night, if they want to look at it as a form of anti-Semitism, that’s their problem and I can’t do anything about it.

“My father taught me everything I know in life, but if there’s one thing I learned in particular, it is to say what I want without fearing anything or anyone,” he added.

Concert beneath the pyramids represents a home-coming for Maalouf

In a special interview, Ibrahim Maalouf talks to Daily News Egypt and discusses his thoughts on the occasion of his first concert in Egypt.

First of all, why did you decide to perform musical tracks from your latest album “Red & Black Light” and not “Kalthoum”?

Well, first, it feels great to finally be here in Egypt and to perform a live concert. After 15 years of touring all around the world, this is my first time here and that’s just amazing.

I’ve been listening to Om Kalthoum’s songs since I was two. I grew up listening to her songs and the album I made with her songs is the least I can provide to this lady. However, people who invited me here asked me to perform tracks from my latest album, because it’s planned that I’ll be back here in December to perform another concert in which I’ll play Kalthoum tracks. Moreover, the band that helps me with the Kalthoum tracks is currently in the US and I can’t really perform without them. So, we decided to postpone it for the next time.

You come from a family that suffered greatly during Lebanon’s civil wars, as they were forced to flee to Paris. Do you aim to reflect in your music the sufferings and pain you have experienced ?

In my music there’s a little bit of what I feel; there’s always sadness and trauma from the sufferings of civil war but my music also holds joy and happiness to make people enjoy their time.

In my definition, music should bring people all kinds of emotions and if an artist is completely sincere and honest in his art, there are definitely those scars that are inside of his chest hiding somewhere that people might hear.

For your album “Kalthoum”, why did you choose Om Kalthoum particularly to represent women’s empowerment?

Om Kalthoum is a voice that represents the entire Arab world, not only Egypt. As I mentioned earlier, at the press conference, she even did that better than many Arab politicians who aimed to unite the Arab world under one umbrella. Her voice was so powerful and defect-less.

From my point of view, Om Kalthoum represents “the woman”: the way she stands out, sings hard heavy poetry in a very powerful way. Yet, she does that in a feminine way, while she’s wearing her dress, make-up, and hair. There’s something I love about women when I see and listen to Om Kalthoum. Her talent, personality, and strength are the main reason why, in my eyes, she is the one representing women’s empowerment.

For me, she’s the best picture of what a woman can be!

If you’re ever going to make another album as a tribute to another Arab icon, who would that be?

I’m not sure I can do that again. I’ve already done it once with Om Kalthoum and I don’t like to repeat myself again or do the same project two times. I prefer to go and try something unique and different.

You have received many international awards, and you were selected the world’s best music artist. However, when it comes to the Arab world, you haven’t received the same recognition and popularity. Why is that?

I don’t really give much importance to awards, even though it feels great to get the recognition and it has great value, but they are not my main concern. For me, awards are just a matter of business and marketing.

Since I’m not playing in Arab countries as much, and I’m mainly holding concerts in Europe and the US, I’m not as popular and well heard here. That is the main reason why I’m not receiving as much recognition.

For example, here, I am in Egypt where I will play my first concert ever or in Lebanon, where I’ve only played three or four times. In an eight-month tour, in which I perform in 140 concerts, only 50% of them are happening in the Arab world. That’s another reason beyond not being widely heard in these countries.

Why do you not hold as many concerts in the Middle East?

I think it’s a matter of money. It costs so much to transfer a whole team that consists of a band like us, with the technicians, and to build a stage with sound and light engineers.

I also think that I’m not well-known enough in Arab countries to the extent that people would be willing to spend a huge amount of money to see me in concert. But now, since the concerts are met with huge success in Europe and the US, and we’re doing great stuff, we have been receiving opportunities. People in Arab countries started to believe that they should invite this guy who comes from the same region and is achieving success all over the world to see how he’s performing.

Is there any Egyptian trumpeter that inspired you or helped you to improve your music?

Definitely. There’s Samy El-Bably. He was the only trumpet player who did Arabic music on trumpet before my father, Nassim Maalouf. There’s also Samy Serror, who did the same thing at the same period of time, but on Saxophone.

These artists did not change the way I performed my music, but when I discovered their music and the way they played it, I was astonished that somebody did this before us and existed long before us and that inspired me to do the rest.

How do you feel performing your music beneath the pyramids in Egypt?

It feels crazy! I mean performing for the first time in Egypt, to be in front of the pyramids is great. Especially because I have some family roots related to Egypt, so it kind of feels like performing a concert at home.

Finally, how does your music play an effective role in changing the international misconception of Arabs?

I’ve never really thought about changing stereotypes with my music, but I think people in Europe and the US are aware enough to differentiate between those who are unusual and the rest who are normal and just try to add value to others’ lives.

In Video: With fans mesmerised.. Maalouf makes a touchdown in Egypt