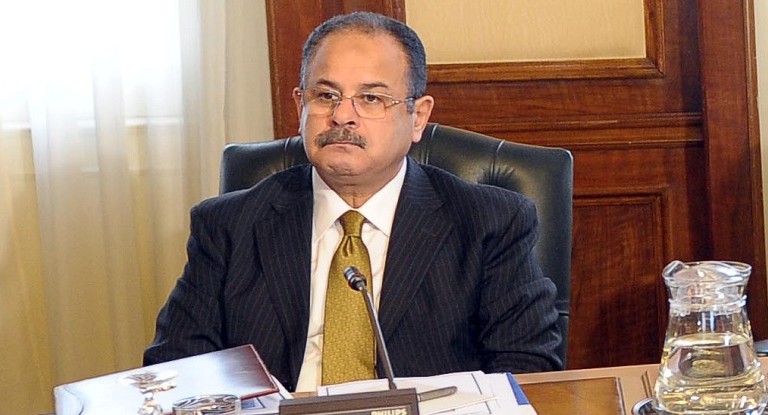 Interior Minister Magdy Abdel Ghaffar vowed to “punish” those involved in the deadly Saturday attack that targeted a security checkpoint killing 15 officers and soldiers, during a Monday meeting with high ranking ministry officials.

The attack was claimed by militant group “Sinai Province”, which is active in the peninsula. The group pledged allegiance to “Islamic State” in November 2014.

“The Interior Ministry will start carrying out several operations to increase security presence in North Sinai and provide the necessary logistic requirements to all checkpoints with full cooperation from the Egyptian armed forces,” Abdel Ghaffar said.

Abdel Basset Al-Swarka, a university student and resident in Al-Zoheir village south of Sheikh Zuweid, spoke to Daily News Egypt about the situation on the ground.

“Security presence inside Sheikh Zuweid is meaningless; they guard the areas and they are well equipped, but they don’t know the positions of the militants,” Al-Swarka said.

The student is a member of the Al-Swarka tribe, one of the most prominent tribes in North Sinai. He said “Sinai Province” militants make their presence felt in villages that suffer from a severe shortage of police or army forces.

He explained that militants parade around on motorbikes in broad daylight; they have formed an “Islamic police unit” in the southern villages of Sheikh Zuweid city, claiming the authority to enforce Islamic law on residents.

In February “Sinai Province” published photos claimed purporting to show its fighters placing their own security checkpoints in different parts of Rafah. They published photos of flyers, which were purportedly distributed by members of the group to Rafah residents, containing warnings about drug use and smoking.

Al-Swarka explained that “Sinai Province” focuses on attracting “illiterate young men” from Sinai’s tribes, asserting that its recruitment policy depends on “exploiting the youth’s illiteracy and convincing them that they should perform Jihad to apply Sharia law”.

“They convince them that army members are apostates who prevent the enforcement of Sharia; they have succeeded in recruiting several members of different tribes, including some from my tribe,” Al-Swarka clarified.

The Al-Swarka tribe is considered to be the largest and oldest tribe in North Sinai, where ”Sinai Province” members are centralised, especially inside Al-Arish and Sheikh Zuweid cities.

The student said: “The army and police have been targeted by ‘Sinai Province’ members,” so they resort to checkpoints and imposing strict inspections on roads to capture civilians affiliated with the militant group and obtain information about the group from residents.

“The group has excellent intelligence operatives who inform the group about the army’s daily movements. This helps them when planting improvised explosive devices [IEDs] on roads where troops pass through,” Al-Swarka said.

State security forces in North Sinai are at risk of IED attacks. The IEDs are planted on their troops’ roads, accounting for daily losses including killings and injuries.

The tribal member said violations and random shelling further push the propaganda of “Sinai Province” against the army.

Earlier in 2015, residents from North Sinai told Daily News Egypt that random shelling was taking place in Sinai on a daily basis, and it is unclear whether the shelling is attributed to the armed forces or militants.

His village, El-Zaheir, suffered from “random shelling from the army resulting in displacement of hundreds of residents”. He said the number of houses in the village decreased from 350 to only 20 houses.

Similarly, the latest attack, which took place on Saturday, was justified by the group due to the “demeaning procedures [conducted] against women at checkpoints”.

The official state narrative argued that the attack was carried out with a mortar bomb. However, “Sinai Province” said the attack was accomplished by a bomb planted in a truck, and militants stormed the checkpoint before bombing it.

Alleged violations to civilians at checkpoints are often discussed by Sinai-based resident, activists, and tribal members. Many have condemned a procedure by military personnel “asking women to frisk themselves” at checkpoints as a security precaution due to the lack of female personnel to do so.

State-owned newspaper Akhbar Al-Youm reported on Sunday that 10 IS-affiliated militants were killed in clashes in Sheikh Zuweid, according to security officials. Spokesman for the Egyptian armed forces said in an official statement that forces from the Third Field Army succeeded in capturing a truck containing explosives.