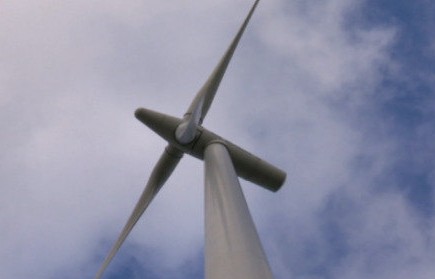 Norwegian oil group Statoil has said it will store energy from a Scottish floating wind farm in an advanced battery storage system. This is to help renewables producers better deal with peaks in demand.
Statoil announced Monday it would install a system with a 1 megawatt-hour lithium battery capacity, corresponding to that of “more than 2 million iPhones” and making it one of the world’s most ambitious projects in the field of energy storage.

Dubbed “Batwind,” the battery system would be developed jointly with universities and Scottish suppliers, the Norwegian company said in a statement.

Statoil’s pilot project is to be built at the end of 2018 and hooked up to the world’s first floating wind farm, with five Hywind turbines placed 25 kilometers (15 miles) off the Scottish coast.

Energy producers can then tap into the stored energy to instantly meet peaks in demand or compensate for periods of either low wind or poor sunshine.

“Battery storage has the potential to mitigate intermittency of wind energy and optimize output,” Statoil said.

Scotland’s Energy Minister, Fergus Ewing, emphasized the project would “maximize the renewables generation of the Hywind offshore wind farm, whilst demonstrating the technology’s ability to support renewables in Scotland and internationally.”