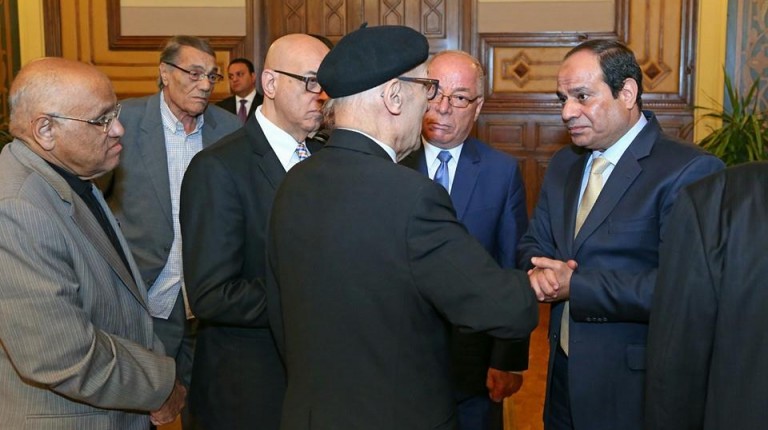 President Abdel Fattah Al-Sisi placed a strong emphasis on bridging the gap between theorisation and reality, during a meeting with prominent writers and thinkers including Youssef Al Qaeed, Abdallah Al-Sinnway, Gaber Asfour, and others.

The writers presented their views regarding the necessity of engaging the private sector, political parties, and NGOs in various development efforts.

The attendees spoke of the importance of regulating certain media channels which do not present the news objectively, fuelling conflict among Egyptians. They said that a comprehensive understanding of segmentation in Arab countries is required so as to not divide society.

The president said it is necessary that the media is given the opportunity to regulate itself, and pointed to the complexity of the geopolitical situation and the challenges facing the Middle East region.

The writers asserted that freedom of speech is vital, as per the constitution.

According to a statement released by the presidency, Al-Sisi said that the greatest achievement of Egypt’s two revolutions is the elimination of monopolising powers.