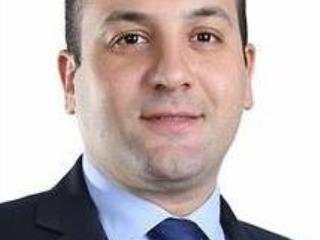 For whom do we write? Opinion articles in Egyptian newspapers have breached journalistic standards. News outlets and websites have left their doors wide open for anyone who is anyone to write opinion articles. It is no longer limited to a certain learned group of writers in whose intelligence editors-in-chief and newspaper owners trust.

The issue has gone too far, and the methods have varied. In the past, we had three major newspapers and some independent ones, in addition to a number of magazines competing with the dailies for an influence on readers. Those who wished to express their opinion in an article had to climb a long ladder to reach that highest rank—or alternatively take the shortcut via nepotism, using his relations with press leaders, security agencies or senior politicians.

Meanwhile, we had great talented opinion writers in Egypt, who wrote pieces that were capable of competing with news stories and helped the distribution of the newspaper. Then, the party newspapers emerged. They created a space for their symbols, youth, or readers. Everybody wanted to write an opinion piece. Everybody insisted on publishing their pieces.

We had pages with column after column full of all manner of opinions: outspoken or meek, rational or insane. But this is the nature of the freedom of opinion. At this point, it was natural that such articles would cause a stir, distracting people from the everyday issues into deeper subjects, which the writer would shed light on.

It was a regular occurrence for the prime minister, and even the president, to call on the writer and say: “I read your article and I want to discuss it with you.” Opinion articles, at the time, sometimes contained angry words or encroachments, which officials often thought unjust. At the same time, I personally witnessed many newspapers being terminated after printing, for pushing critical articles or a story that revealed a high-level scandal.

This all occurred when I was at the entry level of my career as a trainee reporter. At the time, there were those who read or discussed the articles, so the idea of ​​writing had a value. However, the value of writing is not limited to eliciting a reaction. In fact, it’s quite different.

By the end of the 1990s, private newspapers came out, such as Al-Dostour and Al-Osboo’, followed by other newspapers, where the news makers discovered that opinion articles can amuse readers, in addition to playing an enlightening role. Such articles varied between sharply critical articles written by young people aspiring for change and sober articles written by older writers belonging to the generation of the 1960s and ‘70s.

We read and discussed those 1,000-word articles for weeks. They caused controversy and sparked major changes. This was because we all knew that someone from the state read these articles—and when they did, they discussed, responded and provided corrections. We had Osama El-Baz, former advisor to the president—and he knew what to do.

Meanwhile, Ibrahim Nafie wrote his column Behodou’ (Quietly). Nafie tried to fill in for Heikal’s Besaraha (Frankly). However, Heikal’s column was an icon and source of influence in the Arab world, and so Nafie was unable to fill this vacuum.

The articles Heikal wrote were lights on a runway for an aircraft piloted by the head of the state, who cannot claim the ability to land a plane—symbolising the homeland—on a dark night.

Sadly, Nafie chose to simply be a chorus repeating what the regime wanted to hear. The role of articles in this era was to rephrase the vision of the head of the state for the public. But nobody read them, and if they did they laughed. When the laughed, they mocked, and when they mocked, they became frustrated, and eventually revolted. The channels between the people and the state were one-directional, when they should have been used to receive and transmit.

Osama El-Baz alone understood this. He tried and succeeded. We write a lot these days, but it seems that there are those who choose to ignore. It seems that some people close to the president are not doing what El-Baz did. It also seems that we should now search for a new El-Baz.

Articles that are filled with ideas, visions and criticism can fulfil the role of sensors, marking out the way for heads of state. If the driver misreads the gauges, or if the pilot chooses to ignore the lights of the runway, how can they arrive safely at home base?

Continuous disregard and refusal to receive the signals are all failed attempts to cut out criticism by choosing to ignore it. Those attempts will not benefit anyone, and history tells us they will always fail.

Mahmoud El-Tamimi is an Egyptian media figure who has worked with Russia Today and Sky News Arabia, having helped establish the latter’s office in Cairo.

A biography of Osama El-Baz