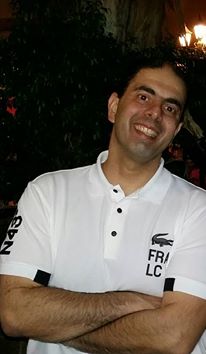 On the occasion of the Arab Club Water Polo Championship, to be held on 25April  at the Heliopolis Sporting Club (HSC), Ahmed Haroun Touny met Daily News Egypt for an exclusive interview.

Touny is the president of the water polo division, which falls under the swimming federation in Egypt, a board member of the Egyptian Swimming Federation, as well as of the International Swimming Federation’s (FINA) technical committee and was the head of the Egyptian delegation that participated in the FINA World Youth Water Polo Championships African qualifiers, held in Zimbabwe from 11 to 14 February 2016.

How popular is water polo in Egypt?

I would like it to spread more. The Egyptian Swimming Federation is  strong but it is the sporting clubs’ fault for the sport’s limited popularity. Nowadays in Egypt, only nine clubs provide water polo training. These are HSC, El-Zohour Sporting Club, Al-Ahly Sporting Club, Gezira Sporting Club, Shooting Club, Zamalek Sports Club, Sporting Club, Smouha Club, and the Suez Canal Club. In 1996, there were 13 to 14 clubs.

The majority of Egyptian sporting clubs dedicate their money and funding to football. Also, parents, for superficial reasons, prefer that their children learn football. This bias has diminished other sports, such as water polo and swimming.

Which countries are the most advanced in the sport?

How can Greece’s advancement in the sport benefit Egypt?

Greece became the new location of the camps, championships and training for Egyptian water polo players two years ago. Greece, as you know, is close to Egypt, so this helped cut down costs.

As far as I know, Eastern Europe is cheap too. Why is sending Egyptian players to camps in Greece cheaper?

It is cheaper indeed. Keep in mind that Greece is closer to Egypt than Eastern Europe. Also the quality and standards in Greece are higher; we receive better facilities.

Why did Greek water polo teams not participate in the 24th Heliopolis International Water Polo and Synchronised Swimming Tournament that was held last year at the HSC?

There were no specific reasons, but Greece participated the previous year.

What could Egypt do to reach the level of such advanced countries in the sport?

Comparing ourselves to them is unfair to us. European countries are close to each other. Also in Europe, infra-structure is excellent, which facilitates transportation between different countries. Moving between these countries is cheap, which is good for their players.

Almost every week  there is an international as well as semi-international championship held somewhere in Europe. So water polo players in Europe have far higher chances to compete in high-level championships, which improves their performance.

Why do we not bring in foreign trainers?

We brought a coach from Hungary for three months to train our junior water polo team. He was from the Hungarian Szentes Club.

Why did you not bring in one from the Serbian club Partizan?

Trainers from Eastern Europe are paid around €120,000 per year, or even more. With bonuses, their salaries could reach €160,000 so that exceeds our budget. Unfortunately, as I said previously, the majority of the funding for sports in Egypt is directed towards football.

How is the Egyptian team’s participation in the Olympics?

Unlike diving, swimming, and synchronised swimming which are calculated by points, water polo depends on goals.

As Egyptians are very passionate people, we are easily disappointed by poor results. In 2004 Athens Summer Olympics, our results were shameful. I remember our results in the matches were 20/2, 20/4 and 20/5.

As for 2016 Rio Summer Olympics, despite being strongest African team, and being qualified, we will not participate. I am against participation if it is just for the honour and status of competing.

What about synchronised swimming in Egypt?

In the Olympics, we came in last place. We are not that bad; in European championships, we usually come in fifth or sixth place.

Greece and Eastern European teams are far more advanced than us.

Keep in mind that in all these games we need more championships, camps and support from the ministry. We are not a rich federation, but we do our best to form camps and establish championships.

Do you face problems in Egypt in terms of the social acceptance of girls and women wearing regular swimming-suits?

Keep in mind that the synchronised swimming championships are held in clubs such as HSC, the Shooting Club, and Gezira Sporting Club, where the clientele do not tend to have an issue with this.

We are the strongest team among Africa; our strongest competitor is South Africa followed by Zimbabwe.

The team was brought together about seven months ago under the leadership of Ashraf Mansour, technical director of Egypt’s national junior team, who was my coach 20 years ago.

We departed on 10 February; our first match was supposed to be the next day. We were surprised to be informed that it has been delayed to 12 February, as we had another match that day.

We won against Zimbabwe 25-8. The same day, we lost 10-8 to South Africa in a match at 5.00 pm. During the championship, South Africa did not play two matches a one day.

This was the only match we lost. Our performance was unsatisfactory, so after the match I met with the team and told them I do not care if we lose, but we must do our best and, even if we lose, we do so with honour and dignity.

Anyway, we did qualify for the FINA World Youth Championships in Montenegro as they choose the two best teams. But to motivate the team, I told them that I am not going if we do not come in first place.

Afterwards, we played against Zimbabwe and won 15-5.

Before the final match against South Africa, I told the technical director that I want the team in the water to warm up an hour and 15 minutes before the match.

It made a huge difference. When players warm-up in the water for only 30 minutes before the match, they do not really wake-up until the second or third quarter.

Owing to the long warm up, they were fresh and ready to play. We were in the lead from the beginning of the match and won 15/11.

What about the preparations for the FINA World Youth Championships to be held Montenegro next August 2016?

First, we are going to a championship in Serbia on 12 July. Then, after a brief return to Egypt, we will head to Greece to compete in a Mediterranean championship on 28 July.

We will remain in Greece at a training camp that will start on 31 July until 24 August. After that, we head to Montenegro.

Are there any Arab teams participating in the international in Serbia?

No; Italy, Spain, Greece and Russia are among some of the teams competing.

What do you expect our performance will be in Montenegro?

In the last world championship, which was held in Kazakhstan, our junior team defeated Holland, Uzbekistan, Argentina, Kazakhstan, and Mexico.

Italy defeated us by just two points, and Greece by just four. We came in 10th place. This was the best result for water polo in Egypt 20 years ago. It was a record for us.

I hope to at least come in eighth in Montenegro’s championship.