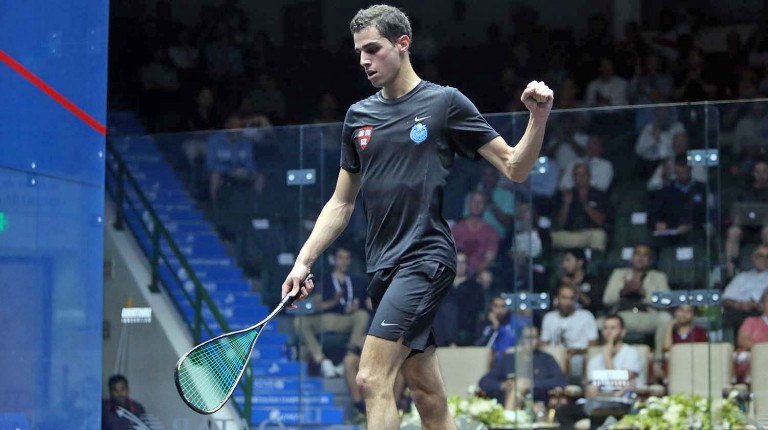 Farag surprised spectators by beating English squash player Nicholas Matthew, ranked third internationally, with scores of 4-11, 13-11, 10-12, 11-7, 11-4 and the final score of 3-2. Owing to this victory, Farag has qualified for the quarterfinals.

In the quarterfinals, Farag is expected to play against his compatriot Ashour in what should be a riveting match.

2016 is a very fruitful year for Farag; so far he has won the 2016 Motor City Open International Squash Championship, held in Detroit, US, and also the 2016 Montreal Squash Open Tournament, held in Canada.

This is the second time Farag played against Matthew this year, as both met in the 2016 Motor City Open International Squash Championship’s final match. Again, Farag walked away victorious, with the scores of 11-7, 5-11, 11-6, 11-7, and the final result of 3-1.