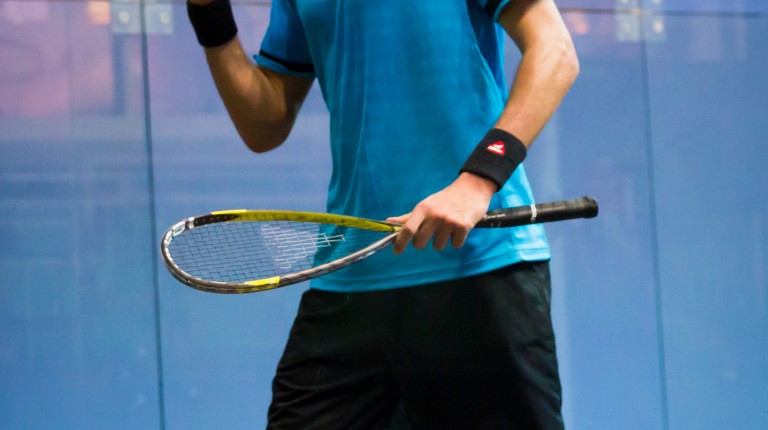 Egyptians squash players Ali Farag and Ramy Ashour have made it to the 2016 Allam British Open Squash Championship quarterfinals, surprising spectators by beating the odds against higher-ranked players.

Farag and Ashour will compete against each other in the next round. Egyptian players Mohamed El-Shorbagy, his brother Marwan El-Shorbagy, and Karim Abdel Gawad, have also reached the quarterfinals.

Mohamed El-Shorbagy defeated English player James Willstrop, with scores of 11-6, 11-6, 8-11, 11-5 and a final score of 3-1. He will play against Colombia’s Miguel Ángel Rodríguez in the quarterfinals.

Rodríguez qualified for the quarterfinals after defeating Egyptian player Mohamed Abouelghar, with scores of 11-3, 11-8, 11-8 and a final score of 3-0.

As for Marwan El-Shorbgy, he made it to the quarterfinals after winning against India’s Saurav Ghosal, while Karim Abdel Gawad qualified for the next round after defeating his compatriot Fares Dessouki.

Marwan El-Shorbagy will compete in the quarterfinals against his countryman Karim Abdel Gawad.