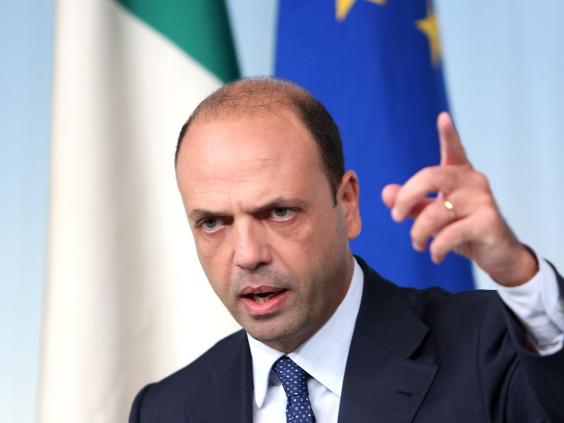 Egyptian investigative authorities have agreed to continue the investigation into the murder of Italian researcher Giulio Regeni, following pressure from the Italian side, according to Sunday media statements by Italian interior minister Angelino Alfano.

The decision follows statements from the Egyptian Ministry of Interior alleging that a gang, which specialised in impersonating police officers and defrauding foreigners, was involved in Regeni’s murder. The ministry said that all five members of the gang were killed on Thursday in a shoot-out with police forces.

The ministry had also claimed that Regeni’s personal belongings were found in the home of the sister of one of the killed gang members.

Alfano added, in his Sunday statements, that approval to extend investigations came from Egypt after Italy’s insistence on discovering the truth behind the death of Regeni.

He added that direct participation from Italian investigators is necessary in interrogations carried out in Egypt, further affirming to Regeni’s family that the Italian government will discover the names of the perpetrators.

Meanwhile, the Egyptian Interior Ministry issued a statement in which it clarified the details of efforts exerted in investigations into the death of the Italian researcher Giulio Regeni.

The statement indicated that the prosecution launched investigations with the family of one of the killed members of the gang that was suspected to be involved in killing Regeni and other foreigners.

The statement added that the wife, sister, and brother-in-law of the gang leader were detained for four days pending investigations.

It further affirmed full coordination between the Italian security team and investigation authorities to reveal all details regarding the gang and its relation to Regeni’s case.

Meanwhile, Interior Ministry spokesperson Abu Bakr Abdul Karim said the ministry is not accusing the killed gang of being involved in killing Regeni. He indicated, during a telephone interview to Dream channel, that the Interior Ministry targeted the gang as it was involved in several robberies against foreigners living in Egypt.

He further noted that the discovery of Regeni’s belongings will facilitate investigations into Regeni’s case and lead to revealing the real perpetrators.

On Sunday, footage on the privately-owned channel Sada El Balad showed an Italian resident in Egypt named David who claimed he was a victim of the gang.

He alleged that five people claimed they were police officers and asked him to follow them as they were investigating the circumstances of an assassination operation committed against a police officer.

“I was frightened as the incident followed Regeni’s death. They told me that they will investigate my involvement in funding terrorist groups,” the purported Italian resident said.

In the same context, Mohamed Fathi, the uncle of the gang’s driver, who was killed during clashes with police forces, said in a telephone interview with Dream Channel that the killing of his nephew was illegal, condemning the actions of the Interior Ministry.

He further disputed the ministry’s narrative about clashes that erupted between his nephew and police forces, claiming that his nephew was simply a minibus driver who earned his living by driving this minibus.

He questioned the circumstances of the purported clashes between his nephew and the police forces, stressing that his nephew was unarmed.

Regeni, who had just turned 28, was a PhD student at the University of Cambridge in the United Kingdom, and had come to Cairo as a visiting scholar at the American University in Cairo (AUC). He was reported missing on the fifth anniversary of the 25 January Revolution. He was last known to be travelling to downtown Cairo via the Behouth metro station.