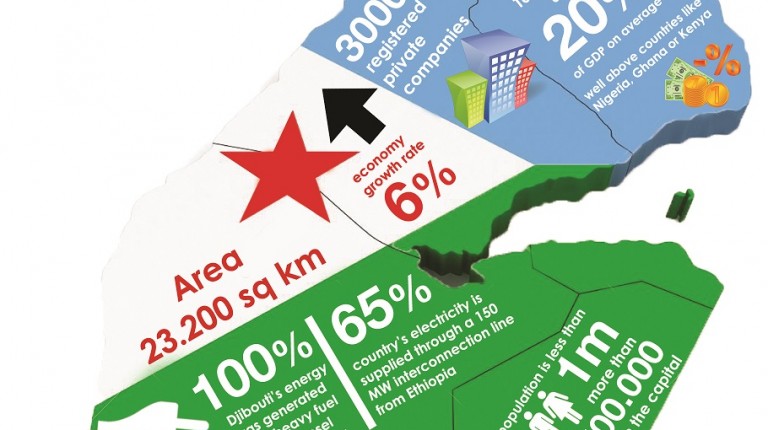 Egyptian Ambassador to Djibouti Ahmed Adel met with Daily News Egypt to discuss the economic relationship between the two countries and investment opportunities.

How are bilateral relations between Egypt and Djibouti?

The relationship between our two countries is as historical as the Pharaohs. Our joint interests have aligned over the past period. Djibouti is an Arab country and shares the security of the Red Sea with Egypt. Therefore, any threat to one country is a threat to the other. We are cooperating in combating terrorism and illegal immigration.

Following the augmentation in Suez Canal activity, our relationship has been bolstered. I expect a very close collaboration between the Suez Canal Authority and Djibouti Ports and Free Zone Authority (DPFZA).

On the political level, Djibouti is considered a stable country and has played a significant geopolitical role in the region, serving as host to major military installations, which makes it an important country to Egypt.

On the economic level, Djibouti is one of the African countries with accelerated growth. It is an important logistic centre which keeps pace with developments in the region. Cooperation between our two countries also comes in areas of heath, agriculture, and culture in the context of exchanging experiences and ideas, as well as collaboration and partnerships to build capacities.

Do you expect future economic cooperation between the two countries?

I think economic cooperation will further increase in the coming period as the two presidents have showed significant interest in this venture. Besides, Djibouti and Egypt are members of [Common Market for Eastern and Southern Africa], and are entitled to a 100% reduction of tariffs on imports.

Our current study for future cooperation focuses on Djibouti’s ports and free zone areas, directly or indirectly through other entities such as the Arab Academy for Science, and Technology and Maritime Transport (AASTMT).  A memorandum of understanding (MoU) will be signed between AASTMT and DPFZA to train Djiboutian employees in port operations.

Exploratory visits between businessmen from both countries will be held to exchange information on investment opportunities and market knowledge.

There is no commercial services office in Djibouti as of yet but the launch of a new commercial office has been announced.

Yes, of course, Djibouti is linked to Egypt. An increase in ships crossing the Suez Canal will positively affect traffic crossing near Djibouti. The issue is the ability of the country to make use of the expansion and development in the Suez Canal Development Zone.

Egypt should focus on the ports sector by funding the private sector to develop projects in Djibouti or by using Djibouti as a starting point for landlocked countries and Ethiopia.

Will the embassy arrange Egyptian expos in Djibouti?

We are working towards an Egyptian delegation visiting Djibouti in about a month from now. This is to determine the possibility of holding expos for Egyptian products or utilising the country as a storage area for landlocked countries, as well as presenting business opportunities in Djibouti to Egyptian businessmen.

Do you expect a boost in the trade exchange between the two countries?

Information was exchanged between the Cairo Chamber of Commerce and Chambre de Commerce de Djibouti to study boosting trade exchange between the two countries.

What is the role of embassy in this regard?

We address all commerce chambers in Egypt, as well as the Federation of Egyptian Industries (FEI) and the Egyptian Ethiopian Business Council. The Djiboutian presidential elections are  in April so we will wait until summer to coordinate visits for businessmen.

Is there any Egyptian interest in the small- and medium-sized enterprises (SME) sector in Djibouti?

Well, Djibouti pays attention to the SMEs sector but cooperation between the two countries requires time to shape a vision regarding this sector. The vision will be developed soon and then will be presented to businessmen.

Will the tripartite agreement signed in Sharm El-Sheikh increase the trade exchange between the two countries?

The agreement will increase the trade between the two countries but it will not add much as Djibouti is  a COMESA member.

In the framework of the agreement, there are negotiations for cooperation between Rwanda and Djibouti through Egypt, which will serve Egypt’s interests positively.

How do Egyptian investors to benefit from investment opportunities in Djibouti?

Despite the country having limited resources, such as a lack of agriculture or industry, there are good investment opportunities for Egyptians.

Firstly, investors can use Djibouti as storage centre for Egyptian products by taking advantage of the three ports and logistics centres.

Secondly, the construction sector is an excellent investment opportunity as Egyptian real estate investors can invest in middle-class housing. I think this could be studied in the future, depending on finance.

Thirdly, the tourism sector is ripe for development as investors can build hotels or clubs.

Owing to Djibouti’s coastal landscape, touristic activities here have a focus on the sea, diving, and other natural areas, such as Lake Assal and Lake Abbe on the border with Ethiopia and the Ras Siyyan peninsula. The ideal time for tourists to visit is from October until March.

Lastly, investors may be interested in the fishing sector. For example, fishing companies can freeze fish directly and then export to neighbouring countries.