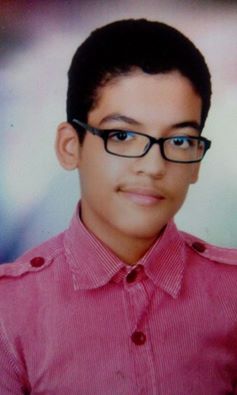 Zahr El-Deen is charged with belonging to a terrorist group, planning terrorist attacks targeting state institutions, and the January attack on the Three Pyramids Hotel in the Haram district of Giza.

He was arrested on 12 January from his home Faisal district, located in Giza. Security forces came to his house at midnight, inspected his room, and confiscated his mobile phone and flash memory, according to independent newspaper El-Bediah.

During his arrest, security forces told his father that the entire family will be investigated, and that his son would subsequently be released, according to local media reports.

His lawyer Mokhtar Mounir told Daily News Egypt: “Asser was forcibly disappeared for one month after his arrest and then repapered in February. He is currently kept in remand and his next prosecution session will be in April.”

According to Mounir, following Zahr El-Deen’s arrest his family sent letter to the Boulaq Al-Dakrour prosecution about their son’s arrest and demanded information about his whereabouts. After his reappearance, Mounir sent a letter to Prosecutor-General Nabil Sadek demanding his release.

The lawyer condemned the arrest of minors, saying: “They are too young to plan terrorist attacks”. He said Zahr El-Deen denied all charges against him during the prosecution’s investigations.

He also said arresting “children would turn them into real terrorists”, adding that his client was assaulted inside prison.

An official AT the Ministry of Interior told Daily News Egypt: “There is no such thing as the enforced disappearance phenomenon.” Interior Minister Magdy Abdel Ghaffar has similarly reiterated these claims in several press conferences.

Mounir has previously demanded that minors not be referred to prosecution investigations in accordance with constitutional laws that oblige security forces to investigate defendants 24 hours after their arrest.

According to Zahr El-Deen’s case documents, he was investigated a month after his arrest, independent newspaper Al-Shorouk reported.