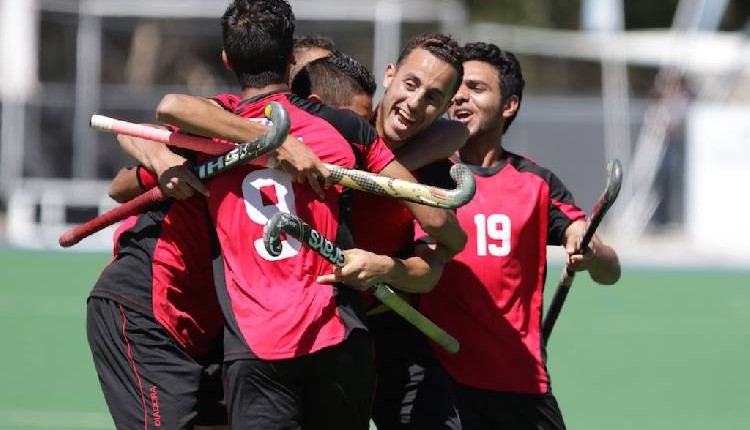 The Egyptian national youth hockey team won the African Hockey Championship, which was held in Namibia this month.

The Egyptian delegation to Namibia was presided over by Sherif Kamal, a board member at the Egyptian Hockey Federation. The Egyptian team included 18 players.

In the final match, Egypt’s team won against the South African team with a score of 3-2. The goals were scored by Mohamed Ali, Ahmed Arafa, Mohamed Nasr, and Egypt’s goalie, Ahmed Ezzat, performed excellently.

Qualifying for the final match in Namibia means Egypt’s team has qualified for the 2016 Men’s Hockey Junior World Cup, to be held this December  in India.

The Egyptian team qualified for the finals after beating Zimbabwe in the semi-finals, with a score of 12-2.

The Egyptian team’s journey throughout the championship was almost similar to the Egyptian national youth water-polo team’s journey in the African qualifiers of the 2016 FINA World Youth Water Polo Championships, held in Zimbabwe from 11 to 14 February.

The Egyptian water-polo team played four matches, defeating Zimbabwe (25-8) in the first match. The second was against Egypt’s strongest rival, South Africa, where Egypt was defeated (8-10). In its third match, the Egyptian team continued their victory against Zimbabwe, and won (15-5).