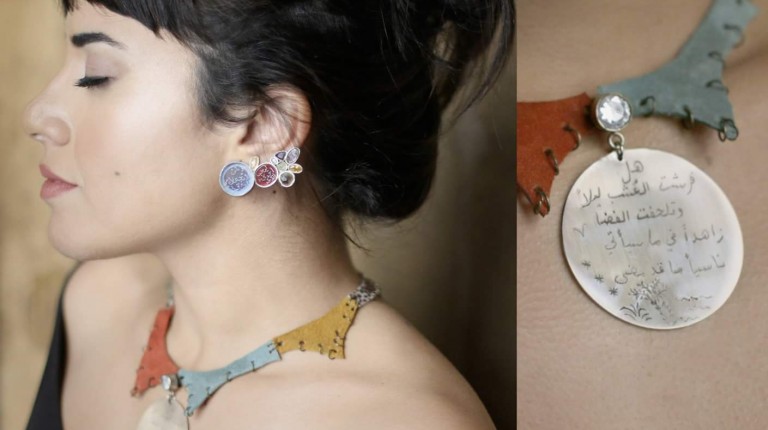 When lined next to each other, Bassam Allam’s photographs can open the gates to Alice’s Wonderland. The conceptual photographer expands the horizons of photography by integrating fine art with the real world. Despite growing up in a country that does not believe in photography as a form of art, but rather as a form of documentation, the artist refuses to desert the medium and insists on further spreading his vision.

Allam is a local photographer who has made it all the way to Vogue. Over the course of just a few years, Allam has managed to become a fixture in “Photo Vogue”. The beauty in his work lies in the virtual worlds he manages to create for the observer as he aims to expand the viewer’s imagination. His specialties range from fashion, surreal, and fine-art photography.

“My work is a cinematic mixture between our normal, daily life and my surreal vision of the world. It aims to challenge the human perception of reality, and at the same time discuss issues that I feel are important in our time,” said Allam.

Allam said kick starting his career in Egypt created a few obstacles in the face of his end goal; yet, it has also equipped him with the things necessary for him to become a better photographer.

“Growing up in Egypt, I had very limited resources, whether it was photography education, equipment or even locations to shoot at,” said Allam. “This has all helped me gain the ability to make the best out of anything I have and to be very independent of the environment around me. I am very grateful for that.”

Allam began his journey in 2011 at the age of 23. His extreme passion took him all the way to the pages of Vogue in just a few months time. Today, he is based in Munich, where he manages to stay true to his original inspiration and aesthetic.

From spacious deserts to enchanting forests, Allam tends to lean into nature for the inspiration of his intriguing backgrounds. In his opinion, the key difference between shooting in Cairo and working in Munich is only the weather factor. “Instead of having to shoot at 45°C you have to learn to shoot at -25°C,” said Allam.

The renowned artist is set to lead a one-day photography workshop at The Fashion Studio (TFS) in Maadi on Saturday, in which he hopes to teach and inspire up-and-coming talents. The workshop will tackle various topics, such as concept preparation, choosing the right camera settings, composition, location scouting, model direction, as well as a live shooting demonstration.

“All phases invested in creating a photograph are fundamental in my opinion, each part is as equally essential as the other. My favorite is looking at a finished photograph and feeling that I have created something that can communicate with other people,” said Allam.

The artist has already led a few photography workshops before; however, each time he aims for the exact same conclusion.

“I want them to have an insight on each step of creating a fine art photograph. This will help them learn how to make their own ideas come to life, and that is my goal,” said Allam.