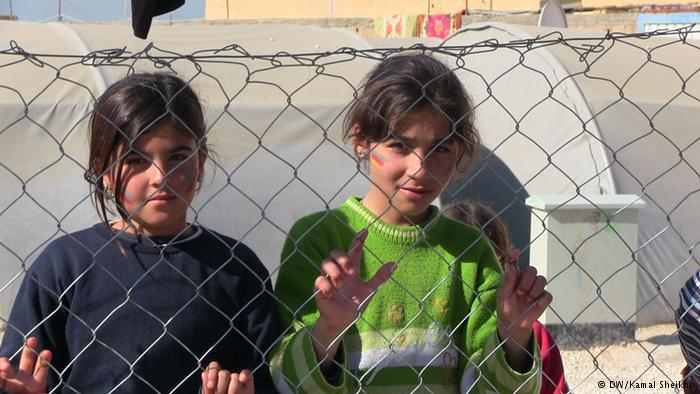 Rights group Amnesty International says Turkey has illegally returned thousands of Syrian refugees to their war-torn homeland since mid-January, highlighting what the group says are ‘fatal flaws’ in a recently agreed refugee deal between Turkey and the European Union.

Turkey recently struck a deal with the EU to take back all migrants and refugees crossing illegally to Greece in exchange for monetary aid, expedited visa-free travel for Turks, and accelerated EU membership talks.

The deal with Ankara, however, hinges on Turkey being deemed a safe country of asylum, which Amnesty said is clearly not the case. The London-based organization says around 100 Syrian refugees have been forcibly expelled from Turkey each day since the middle of January, flouting international law.

Most of those deported to Syria appear to be unregistered refugees, though Amnesty says it also saw cases of registered Syrians being returned as well.

The rights group based its allegations on testimonies it had gathered in Turkey’s southern border provinces.

“In their desperation to seal their borders, EU leaders have willfully ignored the simplest of facts: Turkey is not a safe country for Syrian refugees and is getting less safe by the day,” said John Dalhuisen, Amnesty International’s Director for Europe and Central Asia.

Amnesty also says Turkey has scaled back the registration of Syrian refugees in the southern provinces, making it impossible for them to access basic services.

Turkey rejects allegations it is sending Syrians back against their will. The Turkish Foreign Ministry said the nation had maintained an “open door” policy for Syrian migrants for five years and has abided by the “non-refoulement” principle of not deporting someone back to a country where they are likely to face persecution.

“None of the Syrians that have demanded protection from our country are being sent back to their country by force, in line with international and national law,” a foreign ministry official told news agency Reuters.

The EU-Turkey refugee deal is set to take effect on April 4. Under the agreement, Turkey is supposed to be taking in migrants returned from Greece, but uncertainty remains over how many will be sent back, how they will be processed, and where they will be accommodated.

More than 1.2 million migrants have arrived in the EU since the beginning of 2015, most of whom traveled across the Aegean Sea to Greece before heading north to countries like Germany and Sweden. The deal aims to close this route.

Money for Asia: No big deal