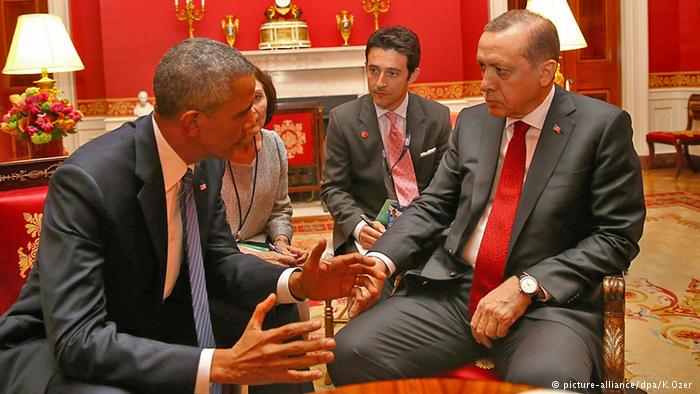 Barack Obama and President Recep Tayyip Erdogan, debunking claims the former had snubbed the latter on a visit to the US capital, discussed “US-Turkey cooperation on regional security, counterterrorism, and migration” on the sidelines of a nuclear summit, according to a White House statement.

Thursday saw another deadly bomb attack targeting police in Turkey’s southeast, where state forces are battling Kurdish militants. Six police officers were killed and 23 people wounded in the attack in the Kurdish-majority southeastern city of Diyarbakir, a security source said.

Tensions between Turkey and the US have been high due to Ankara’s attacks on Kurdish militants, some of whom are seen by Washington as a key ally in the fight against “Islamic State” in Iraq and northern Syria. Turkey says the groups are linked to the outlawed Kurdistan Workers’ Party (PKK), which has fought a long battle for Kurdish independence. Turkish forays into northern Iraq have also strained ties.

The White House has also been outspoken in recent months about threats to freedom of speech and democracy in Turkey. It reiterated its belief in the need for press freedom in Turkey on Thursday following ugly scenes at an Erdogan speech in the US capital as Turkish guards reportedly manhandled US reporters.

Erdogan defended his domestic media crackdown and accused the West of turning a blind eye to Kurdish violence.