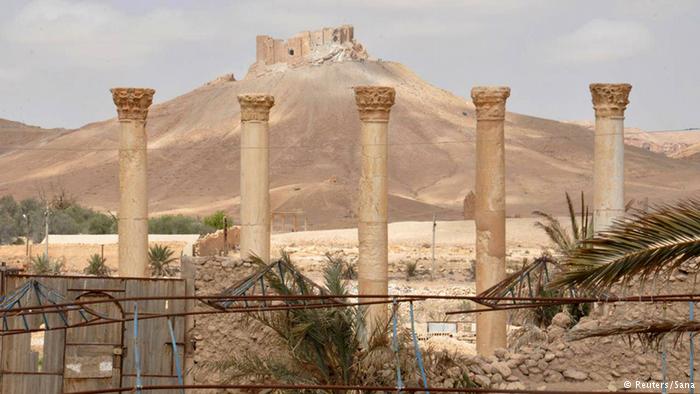 The military teams are equipped with “the most advanced de-mining and protective gear,” the Russian Defense Ministry said in a statement.

Moscow deployed first of the specialized crews to its Syrian Hemeimeem base on Thursday, to prepare for mine clearing in the recently liberated Palmyra.

According to a “well-informed source” cited by the Russian Interfax agency, the mission is set to start next week with around 90 Russian troops taking part.

The de-mining crew would also include a specialized canine unit with dogs trained to seek out mines, the military said.

Ahead of the Thursday deployment, the head of the Russian corps of engineers, Yuri Stavitzki, said that the historical part of Palmyra was “quite seriously” protected with buried explosives.

“The top priority is clearing and de-mining of Palmyra’s historical section. In addition, we are ready to consider providing training to Syrian de-miners,” Stavitzki said.

The military would use also use a Russian robot Uran-6 for for its mission in Palmyra, according to the Ministry of Defense.

At the same time, a retired army specialist told Interfax that the advanced robot is not likely to be used near archaeological sites, due to risk of detonation.

“Our army has a wide specter of de-mining tools – from mechanical ones to robots. However, it would be mostly manual work in Palmyra,” retired general Nikolai Serdtzev said. “It will be hard work, too, with the heat and the people wearing special protective gear.”

The ancient Syrian city was occupied by the IS terror group for over ten months, with the extremist group using “idolatry” as a pretext to destroy old temples and other historical monuments.

Less than a week ago, troops loyal to Syrian President Bashar al-Assad drove the jihadists out of Palmyra with support from the Russian air force.

However, experts believe that it would take months to remove mines and explosive charges left behind by the terror group.