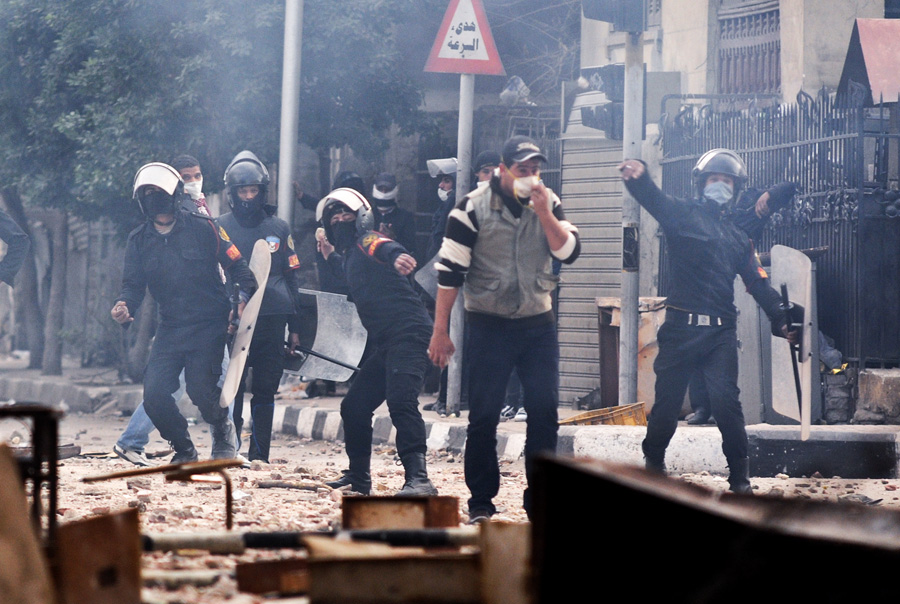 The Swiss-based organisation released a report on Wednesday examining Egypt’s human rights conditions and violations against citizens since July 2013 and the ouster of Islamist president Mohamed Morsi.

The report highlighted the delay of the 2015 parliamentary elections, the phenomenon of enforced disappearances, torture inside detention centres, violations that have occurred while fighting terrorism, inhumane conditions in prisons, and arrests and sentences on “illogical” charges.

These violations have taken place over the past two years against journalists, intellectuals, and civil society organisations and their members without clear justification from the Ministry of Interior or the state, the report added.

Concerning law-making and restrictions on human rights, the organisation said that the post-3 July 2013 regime adopted several laws that “limited freedoms”. The state moreover did not hold the parliamentary elections in 2014 as promised.

The Egyptian parliamentary elections were held in January 2016 after a two-year delay.

Al-Karama has reported 50 cases of enforced disappearances, 323 deaths inside police stations and prisons due to poor living conditions and torture, and 4,000 people, including children, imprisoned and sentenced on charges of threatening national institutions since 2014.

The Ministry of Interior was contacted Saturday to comment on the statistics reported by the organisation.

According to a representative, whenever violations occur, accused members of the ministry are questioned by the Officers Affairs Department and then referred to prosecution if found guilty.

Lately, several police officers have stood trial on charges of assaulting, torturing to death, or killing civilians. In most of these cases, the verdict is second-degree murder resulting in prison sentences ranging between three and 15 years.

The report also examined new restrictions against local NGOs. It was hoped that restrictions would be eased upon the return of Parliament. The escalating crackdown on NGOs has sparked outrage among international and local rights groups and organisations, social media users, public figures, and political activists.

The report further condemned referring citizens to military courts, noting that this is a violation of the Egyptian constitution.

The report recommended that random arrests and enforced disappearances must cease, as well as a suspension of the Protest Law.

Human rights conditions in Egypt have been criticised by several countries, international rights groups, the European Parliament and United Nations. However, the state and the Interior Ministry have persistently denied any human rights violations in the country.

Several reports were released by local NGOs, activists, and rights group, which observed arrests, enforced disappearance, torture, and violations against activists and journalists over the past two years.