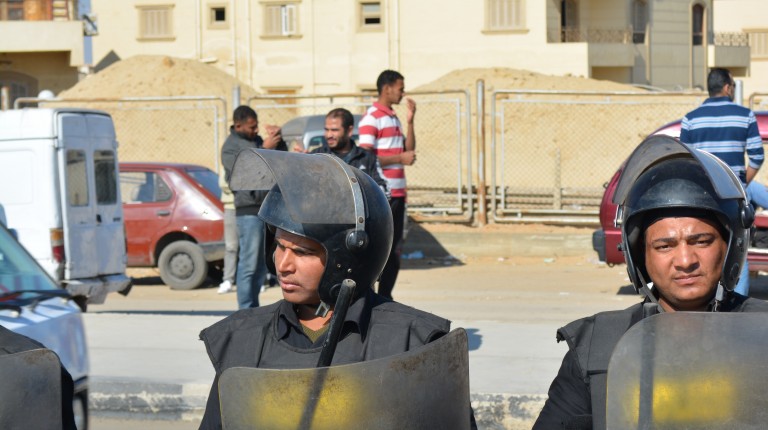 A police conscript and a citizen were reportedly killed on Friday night and another soldier was wounded when an explosive detonated targeting a police patrol crossing the coastal road in Al-Arish, North Sinai governorate.

“Media officials stated that on Friday night an improvised explosive device [IED] exploded when a police patrol was driving on El-Bahr Street situated near 3rd District Al-Arish police station. The explosion left a soldier and a citizen dead and another soldier wounded who was immediately transferred to a hospital. Security forces are currently patrolling the area,” the Ministry of Interior said in an official statement released on Facebook.

Meanwhile, military and police forces in North Sinai killed 65 alleged militants during raids in Rafah and Sheikh Zuweid, according to a statement issued on Friday by the Egyptian Armed Forces’ spokesperson.

The strikes included air raids on different positions in Rafah, where militants are believed to be located.

The spokesperson also said that military forces destroyed 12 trucks along the border with Libya, which were allegedly used for smuggling.

On Wednesday, the army said they killed “three dangerous individuals” who were accused of participating in attacks against police forces in Sinai.