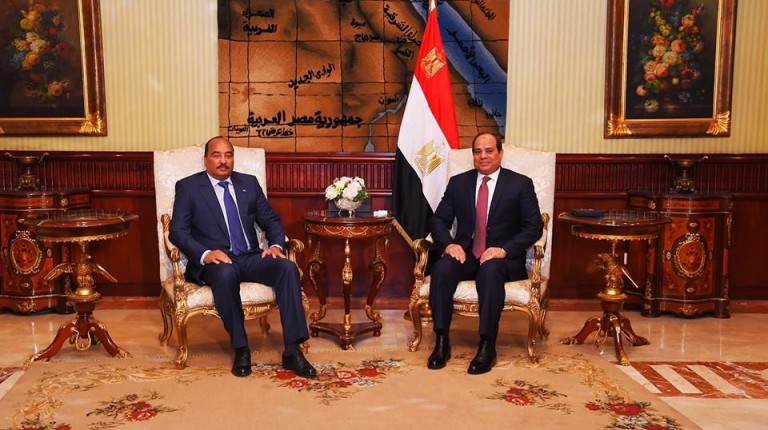 Abdel Aziz arrived in Cairo for a three-day visit, in what is considered the first official visit of a Mauritanian representative to Egypt, state-run MENA reported.

The two presidents will meet Sunday at Itihadiya palace, followed by a meeting between delegations from both countries to sign an array of bilateral cooperation agreements in different fields, presidency spokesperson Alaa Youssef said.

Abdel Aziz will take a tour to inspect some of the economic and investment projects in Egypt. The Mauritanian president will also meet several people in business in a bid to foster economic cooperation between both countries.

Mauritanian president not stepping down

African leaders fly in to seek end to Libya conflict