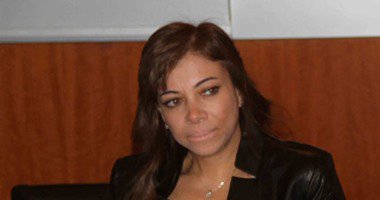 The Ministry of Investment is working on putting forth a professional strategy to attract local and foreign investments, Minister of Investment Dalia Khorshid said during a Sunday press conference.

The strategy is based on better promotion, advertising the one-stop shop for investment projects, and resolving disputes and arbitration between the state and investors, said Khorshid.

The minister affirmed that Egypt is capable of attracting investments, and that the government aims to facilitate investment for businessmen and provide incentives to promote investment in Egypt in the Arab world and on the international scale.

Khorshid noted that she will work on enhancing the coordination between members of the cabinet’s economic group and the governor of the Central Bank of Egypt (CBE). The coordination, she said, aims to provide investors with a better business climate.

Egypt has often faced criticism over its investment environment, in particular the extensive bureaucratic procedures required to launch new projects. The government recently launched a new law aiming to unify the required procedures into a “one-stop-shop” system, but the law is yet to be implemented.

Khorshid added that the government is focusing on drawing in foreign investments, as well as local businessmen, to boost the confidence of foreigners in Egypt’s economic status and the future of their investments.

Khorshid was appointed as minister of investment in March as part of the latest cabinet reshuffle, which saw the introduction of 10 ministers. The reshuffle also separated the public business sector from the ministry of investment, creating a new ministry for public sector affairs.

“I am currently working to reform the ministry from inside to choose better candidates for deputies and a work team,” Khorshid noted, saying she will put together a unified media team to manage the public relations of both the Ministry of Investment and the General Authority For Investment and Free Zones (GAFI).

Egypt aims to attract $8bn to $9bn worth of foreign direct investment during the current fiscal year. However, prior to leaving his position, the former investment minister, Ashraf Salman, said it will remain under $8bn.

During the conference, the minister noted she is set to meet with a number of Saudi investors to settle all disputes with them before and prepare for the Thursday visit of the Saudi King Salman bin Abdul Aziz.

Saudi Arabia has been a main source of funding for Egypt since the 3 July 2013 ouster of former president Mohamed Morsi and his Muslim Brotherhood government.

The Saudi government recently earmarked SAR 30bn for investment in Egypt, and a coordination council was established between the two countries to decide on the mechanisms for utilising the investment.