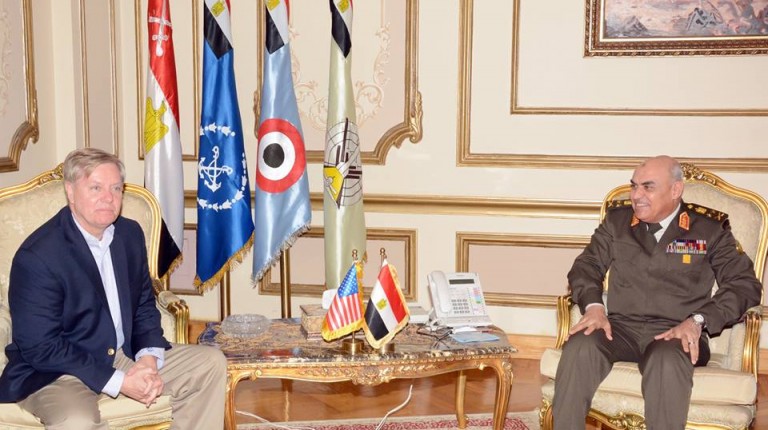 Minister of Defence Sedky Sobhy met with a US congressional delegation on Saturday to discuss regional updates and international counter-terrorism efforts.

The delegation was headed by Republican Senator Lindsey Graham. The meeting with the defence minister was attended by the Armed Forces Chief of Staff Mahmoud Hegazy along with other army leaders and the US ambassador to Cairo Stephen Beecroft.

The US members of congress are scheduled to meet with President Abdel Fattah Al-Sisi on Sunday. They will also visit projects, implemented by the United States Agency for International Development (USAID), which are designed to protect Egypt’s cultural heritage and support its economic development.

The visit to Egypt comes on the delegation’s Middle East tour, on which they visited both Israel and Saudi Arabia.

This also comes few days after a meeting between Foreign Minister Sameh Shoukry and his US counterpart John Kerry in Washington where they discussed a range of regional and bilateral issues, including Libya, Syria, and Yemen.