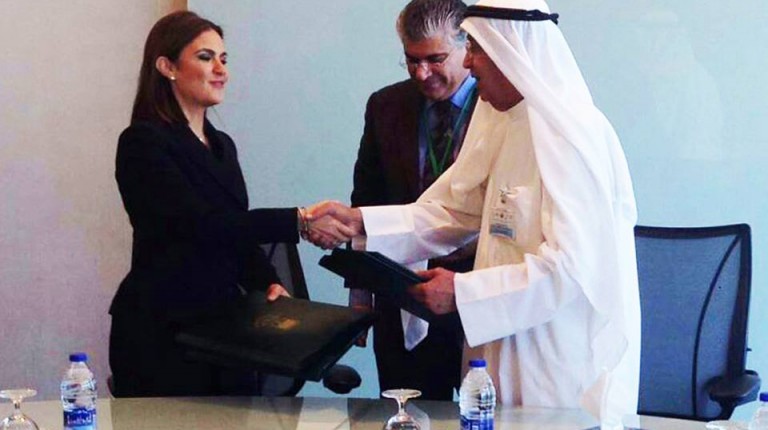 Egypt signed two agreements with the Arab Fund for Economic and Social Development (AFESD) on Tuesday to finance projects worth 110m Kuwaiti Dinar (KWD), according to Minister of International Cooperation Sahar Nasr.

The minister is attending the Joint Annual Meeting of Arab Financial Institutions in Bahrain as Egypt’s governor in AFESD, according to a Tuesday press release from the ministry.

Egypt will use this financing in the fields of irrigation and agriculture, and electricity, the press release read.

The value of the first agreement is KWD 50m, and it will finance a water conservation project and development of the agriculture system in the Sinai Peninsula, within the project of developing the peninsula.

The second agreement is valued at KWD 60m, and it will finance the project of generating electricity in Damanhour power plant.

Nasr discussed ways of strengthening cooperation between Egypt and AFESD in the next period with the director general of the fund, Abdel Latif Al Hamad,. The portfolio of cooperation with AFESD amounts to approximately $5.3bn as of January.

The minister emphasised that the ministry wants to ensure the optimal use of the finances from AFESD. She added that any support within the ministry’s means will be provided to those executing the projects, in order to guarantee fast execution so as to improve the quality of services provided to Egyptians.

It is necessary to cooperate with AFESD to support small- and medium-sized enterprises (SME), which are of special importance in the government’s economic programme, according to Nasr.

SMEs will benefit from the grants provided by AFESD to those concerned about this sector in Egypt. It presents grants to improve the ways and means through which these bodies work, in addition to financing consulting services, equipment, and training workers in this field.

Al-Hamad said: “the fund has a serious and real will to provide all resources to Egypt in order to support the government programme until it is achieved, in accordance with the announced timetable.”